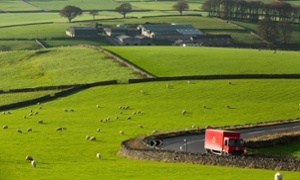 Postal workers are helping to stop low-level crime by reporting suspicious incidents they see on their rounds under a trial scheme.

More than 130 Royal Mail staff making deliveries in and around Winchester are taking part in the pilot run with Hampshire constabulary and the localNeighbourhood Watch.

Thefts and trespassing have already been spotted by the local postal workers and the scheme may be widened if the experiment proves successful.

Staff have been encouraged to act on their own initiative if they see anything unusual, as well as being asked to keep their eyes peeled in the wake of burglaries or other incidents along their rounds.