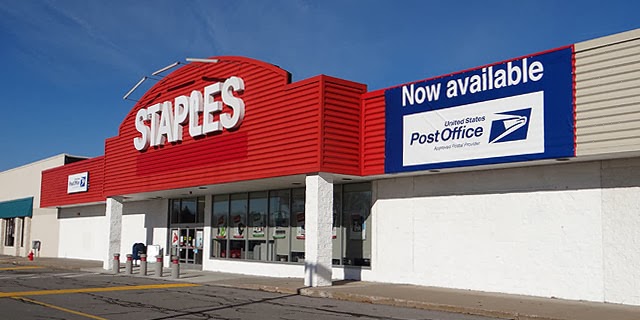 The activities are designed to call attention to the deal between the Postal Service and Staples that jeopardizes the nation’s public post offices and threatens good-paying union jobs.

The APWU has condemned the program, calling it “a direct assault on our jobs and on public postal services.” Approximately 40 percent of APWU members work in retail operations, so the threat to postal jobs and to public post offices is real, the union points out.

“The APWU supports the expansion of postal services and retail hours,” APWU President Mark Dimondstein said. “But we cannot accept USPS plans to replace good-paying union jobs with non-union low-wage jobs held by workers who have no accountability for the safety and security of the mail,” he said. “Postal workers deserve better, and our customers deserve better.”

The union is demanding that postal employees be assigned to perform the postal work at Staples stores. “You have a right to postal services provided by highly trained, uniformed Postal Service employees, who are sworn to safeguard your mail – whether it’s at the Post Office or Staples,” the union wrote in a flyer that will be handed out to customers and passersby outside the Staples stores.

If Staples and the USPS refuse, the APWU will ask customers to take their business elsewhere.

“The Jan. 28 rallies are just the beginning,” Dimondstein said. “We are prepared to engage in a sustained campaign to fix this deal or stop it.”

A nationwide day of actions will soon follow, he said, and protests will be scheduled in other locations where Staples stores have postal counters.

The APWU has been seeking support for its efforts in the labor movement and the community. The three other postal unions have pledged support for the fight. The California Federal of Teachers is also urging its members to support the APWU’s demands.

“The Teachers Unions are especially important allies in this fight,” Dimondstein said, because they are frequently Staples’ customers.”

“We will take this issue far and wide, looking for support among all those who believe in a public Postal Service and in protecting jobs that pay a living wage.”