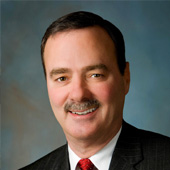 Fields began his career as a letter sorting machine operator in Bristol, TN. During more than three decades with USPS, Fields managed eight districts and four areas, as well as several headquarters-based projects. He also served as a plant manager, director of field operations, and director of Marketing and Communications.

As the Capital Metro Area VP since 2011, Fields has overseen gains in service performance and scanning rates, repeatedly earning first place among all areas in weekly scanning performance rankings. He also has managed several high-profile pilot projects in his area, including gopost and the Amazon proof-of-concept project.

PMG Pat Donahoe said one of Fields’ priorities throughout his career was improving customer service. “We first worked together during the mid-1990s, when we both were managing in major metropolitan areas, Dave in Chicago while I was in Washington, DC,” he recalled. “I know his experience in Chicago served him well, as every district he managed in the following years recorded service performance improvements.”

Fields received numerous awards throughout his career, including the Postal Service’s Diversity Award, the Board of Governors Award in 1996 and the Deputy Postmaster General Award in 2008. Fields plans to begin his retirement in the Charlotte, NC, area.