All India Postal Employees Union has threatened to launch an indefinite strike nationwide in support of their long-pending demands. END_OF_DOCUMENT_TOKEN_TO_BE_REPLACED

Postal services in Thiruvananthapuram came to a grinding halt after postal employees and Gramin Dak Sevaks (GDS) continued their stir for the fifth day on Saturday, demanding implementation of Kamalesh Chandra Committee report on pay revision of GDS employees. END_OF_DOCUMENT_TOKEN_TO_BE_REPLACED

AUSSIE parcel delivery start-up Sendle has slammed Australia Post for “wasting taxpayers’ money” in an attempt to stamp out competition after winning a two-year, David-and-Goliath trademark dispute with the government-owned letters business. END_OF_DOCUMENT_TOKEN_TO_BE_REPLACED 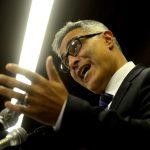 Australia Post director Ahmed Fahour has resigned just weeks after his $5.6 million salary was revealed by a Senate committee, which dismissed calls for it to be concealed from the public. END_OF_DOCUMENT_TOKEN_TO_BE_REPLACED 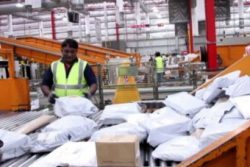 “Australia Post has been adapting to changing customer needs and new technological advancements for over 200 years. This trial is another exciting example of how we’re looking to the future with emerging technologies to make life easier for our customers,” Mr Fahour said. END_OF_DOCUMENT_TOKEN_TO_BE_REPLACED