On Friday, July 26, 2019, the National Association of Postal Supervisors filed a complaint in federal district court seeking declaratory and injunctive relief against the U.S. Postal Service for its failure to pay its supervisors, managers, and other professional and administrative employees in accordance with federal law, which, among other things, requires compensation comparable to the private sector and requires an adequate differential in pay between supervisors and the clerks and carriers they supervise. END_OF_DOCUMENT_TOKEN_TO_BE_REPLACED

From the League of Postmasters:

LEAGUE Headquarters received copies of the letters sent to current PMRs and PMR annuitants regarding the recent Memorandum of Understanding (MOU) with the APWU on the POStPlan arbitration. The notices let both the PMR and the PMR annuitants know that they could still be used in 2-hour offices if they chose to continue to be PMRs.

In addition, the Postal Service let the PMRs know that they could apply for PSE positions under the provisions of the MOU and because their knowledge, community connections and ability to provide great service make excellent candidates for these positions. The annuitant letter states that they, too, are eligible to apply for other postal positions if they desire to continue working; any such reemployment will subject the annuitant to the mandatory offset, or reduction, to salary normally required of a reemployed annuitant.

The PMR letter provided information on how to apply for PSE vacancies that are announced on www.usps.com/employment. The LEAGUE also has a PowerPoint to assist PSEs in application process.

Many of the PSE jobs started getting posted last week and will continue over the weeks to come. We urge our current PMRs who want to apply for PSE positions to do so. Do not delay if you are interested in applying for PSE positions – register and build your profile now at www.usps.com. 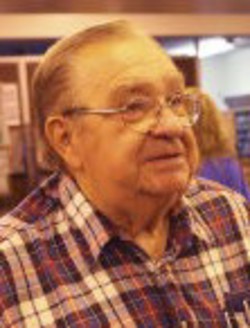 There are a lot of anxious POStPlan impacted Postmasters waiting for final news on the specific RIF timelines and events associated with this phase of POStPlan implementation. We continue to meet with Postal Headquarters and minor changes come from each of these meetings which will push back any formal announcement. The Postmaster organizations and Postal Headquarters have spent a great deal of time discussing the implementation and events that will lead up to the final RIF date, with the same end result in mind—get everyone placed before the RIF effective date. These discussions have been in the best interests of all Postmasters who are still impacted and because of this the RIF timeline has been extended. The effective RIF date for impacted Postmasters will now be 1/10/2015. END_OF_DOCUMENT_TOKEN_TO_BE_REPLACED