Imagine if activists and elected officials were clamoring for emergency provision of food and McDonald’s offered to place a drive-thru window in every post office. Calling it #postalfood. That makes as much sense as JPMorgan Chase’s recent attempt to place its own ATMs in every post office and call it #postalbanking.
END_OF_DOCUMENT_TOKEN_TO_BE_REPLACED

OTTAWA, ONTARIO–(Marketwired – May 2, 2016) – On Thursday May 5 The Association of Community Organizations for Reform Now (ACORN) and the Canadian Union of Postal Workers are coming together to call on the Federal government to bring back postal banking and ensure that fair banking is a reality for low and moderate income Canadians.

A Fair Banking campaign backgrounder (clink link to view) recently released by ACORN Canada shows it’s expensive to be poor in Canada. As mainstream banks leave lower income communities and deny its residents products and services to meet their needs, lower income Canadians are forced to depend on the predatory fringe financial sector that take their place.

“Payday lenders have moved in and filled the void left by banks in many communities, and people are being driven to payday lenders and installment loans when banks deny them basic banking services like overdraft protection, lines of credit and hold-free accounts,” says ACORN Canada spokesperson Donna Borden. “As a result, predatory lenders are the only option for many people living pay-cheque to pay-cheque when their car breaks down or hours are cut.”

On Thursday May 5, ACORN and CUPW members will be holding a National Day of Action with rallies planned in Halifax, Montreal, Ottawa, Toronto, and Vancouver to say that low-income earners need a postal bank as an alternative to payday lenders.

“People need an alternative to payday lenders, somewhere they can go and not be gouged,” said Mike Palecek, National President of the Canadian Union of Postal Workers. “A postal bank could be that alternative.”

Finland’s postal service will be doing more than just delivering letters and parcels this summer – its workers will be mowing lawns, too. 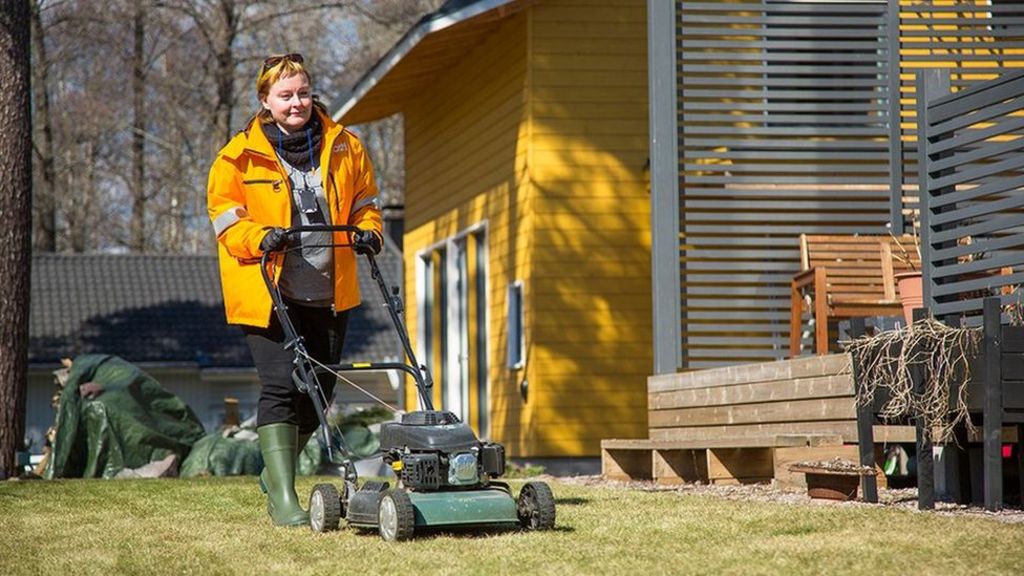 The state-owned Posti company is offering a weekly grass cutting service, with customers able to choose either 30 minutes or 60 minutes of lawn-mowing time, the national broadcaster YLE reports.

It will only be available on Tuesdays, though, as the volume of post tends to be lighter than on other days, and customers will have to provide their own lawnmower. They’ll also have to be willing to pay 65 euros a month for the half-hour sessions.

DALLAS, TEXAS — At its June 20-23, 2014 annual meeting, the US Conference of Mayors (USCM) adopted a pair of resolutions endorsing postal banking, co-signed by eight mayors from six states. Their goal is to bring $1 trillion of job-creating economic stimulus primarily to low-income neighborhoods, over the next decade, at zero cost to taxpayers.

Post office-based financial services will generate sales tax revenues of as much as $3 billion a year, benefiting cities of the more than 200 mayors attending the USCM meeting, according to BankACT, a nonprofit advocacy group. END_OF_DOCUMENT_TOKEN_TO_BE_REPLACED

OTTAWA, June 4, 2014 /CNW/ – A study of banks and payday lending companies in the United States and Canada shows a real need for a postal bank exists, especially in areas where post offices abound but few banks offer their services. The paper, presented at the 22nd Rutgers University Conference on Postal and Delivery Economics, argues that restoring postal banking in the 21st century would help support post offices while offering much-needed financial services and jobs. END_OF_DOCUMENT_TOKEN_TO_BE_REPLACED