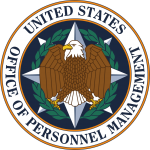 John H. Durham, United States Attorney for the District of Connecticut, announced that SYBIL F. BUTLER, 56, of Norwalk, waived her right to be indicted and pleaded guilty today in Bridgeport federal court to one count of theft of government funds.

According to court documents and statements made in court, Butler’s mother received monthly annuity payments following her retirement from the U.S. Postal Service. Butler’s mother died in June 2014. Between June 2014 and October 2016, Butler impersonated her mother in phone calls to the Office of Personnel Management, and also forged her mother’s signature on numerous documents indicating that her mother was alive. As a result, $71,701.13 in federal annuity benefits were deposited into Butler’s and her mother’s joint bank account after her mother’s death.

Butler was arrested on a criminal complaint on October 3, 2018. She is released on a $10,000 bond pending sentencing, which is not yet scheduled.

The charge of theft of government funds carries a maximum term of imprisonment of 10 years.

This matter is being investigated by the Office of Personnel Management, Office of Inspector General. The case is being prosecuted by Assistant U.S. Attorney Lauren C. Clark.

On May 25, President Trump issued three executive orders designed to strip federal employee unions of long-established rights to workplace representation and to undermine their ability to negotiate collective bargaining agreement with their agencies. NALC posted the executive orders and requested a legal analysis from its outside attorneys. END_OF_DOCUMENT_TOKEN_TO_BE_REPLACED