Marijuana gummies and sex in the office are among the highlights of the most recent OIG report to Congress. The Office of Inspector General is required to submit a report on its activities to Congress twice a year. Included in the report is a listing of investigations of USPS PCES Executives. END_OF_DOCUMENT_TOKEN_TO_BE_REPLACED

In today’s world of package tracking and interconnectivity, an email from the U.S. Postal Service or even our Inspector General regarding mail delivery might seem legitimate.

That’s what the scammers want you to think. END_OF_DOCUMENT_TOKEN_TO_BE_REPLACED

The USPS Office of Inspector General has issued a report criticizing the postal service’s use of social media to interact with customers: END_OF_DOCUMENT_TOKEN_TO_BE_REPLACED 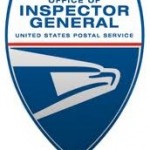 The Office of Inspector General will be starting Financial Control audits at all postal facilities. Teams will show up unannounced with the attached letter.

When the OIG performs these audits, it is vital that you have all documentation on hand.  It remains imperative that all documentation for the retention period is maintained for record keeping purposes.
If there are any issues with the audits, the OIG will contact the specific Financial Unit.  As stated earlier this week; District Leadership needs to be included with that process.  Once the OIG finishes this audit, the facility will be given recommendations and action items.  The turnaround time will be 7 days.

In December 2014 the US Postal Service and the American Postal Workers Union settled a dispute about the use of supervisory employees to do the work of bargaining unit employees. The settlement resulted in a set of guidelines governing such work, and $56 million in compensation for APWU members for past violations. END_OF_DOCUMENT_TOKEN_TO_BE_REPLACED

04/28/2016 – The Postal Service has cut labor costs by more than $10 billion since the Postal Accountability and Enhancement Act (PAEA) was passed in 2006, but its cost-cutting strategies are “not sustainable,” according to a recent report by the Office of Inspector General (OIG).

Labor costs declined by nearly 21 percent (when adjusted for inflation and excluding the pre-funding of retirees healthcare) and account for approximately 75 percent of the total reduction in expenses.

But “the tradeoffs among cost control, service quality, and modernization remain a concern for the Postal Service,” the report warned. The report, titled “Peeling the Onion: The Real Cost of Mail,” said cost-cutting measures included:

The extensive use of non-career employees, who earn lower pay and receive fewer benefits than their career counterparts, is “problematic,” the report found. While turnover among career postal workers is less than 1.3 percent, the quit rate for non-career workers was 29 percent in fiscal year 2014, “perhaps due to low wages and low benefits,” the OIG said.

The high turnover among non-career employees “raises the question of whether the Postal Service can continue to increase its productivity if it has to deal with training and recruiting new employees constantly,” the report said. “Furthermore, the impact on service quality of increased use of non-career employees is unclear.”

“What is clear is that the impact of cost reductions on customer service has been considerable,” the OIG said. External First Class Measurement (EXFC) scores for a single piece of First-Class mail declined by nearly 6.71 percent for two-day service and by almost 38.60 percent for three-day service compared to the previous year – despite the implementation of more relaxed service standards in January 2015.

The report blames the PAEA-mandated pre-funding of retiree health benefits 75 years into the future as the “primary source” of the Postal Service’s financial problems, noting that pre-funding costs reached $49 billion between fiscal year 2006 and 2015. Eliminating the payments would have reduced total losses by 90 percent.

Nonetheless, “Overall, the Postal Service is doing better financially than sometimes reported in the press,” the OIG observed.

“If the Postal Service is to meet the commercial and universal service needs of America’s growing population, it must continually seek to improve customer service and be allowed to make appropriate capital investments to fully integrate its network with the digital world. Postal stakeholders and management need to develop ways and means for generating adequate revenue so that the Postal Service can build for the future,” the report concludes.

APWU President Mark Dimondstein urged management to rethink its strategy. “This report underscores concerns we’ve been raising for quite some time,” he said. “Cuts to service and jobs are hurting the people of the country and jeopardizing the future of our great national treasure. 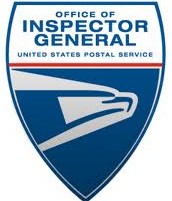 US Postal Service Inspector General David C. Williams announced today that he is leaving the aganecy effective February 10. Here is the letter he sent to his staff today announcing his departure:

I would like to announce a new round of significant operational changes.

Actually I can’t do that… because I can’t think of what another round could possibly look like. You are perfect. And so…I am saying goodbye. My last day is Friday, February 19. You may remember I was eligible to go when my last appointment was renewed, but we were in the midst of a threatening financial storm and I promised to stick with you through it. I will remain on for short time as the Board of Governors name a new Inspector General for the organization. END_OF_DOCUMENT_TOKEN_TO_BE_REPLACED