Since Kevin Kosar has blocked me on twitter, and posted just one snapshot from our conversation today, I feel obligated to publish the rest: END_OF_DOCUMENT_TOKEN_TO_BE_REPLACED

Update: Uh oh! Looks like Kevin really doesn’t like it when someone points out his mistakes- after he had another little meltdown on twitter this afternoon, he’s blocked me.

Time for some more fact-checking!

Last week we told you about the misleading charts posted by Kevin Kosar, the former Congressional Research Service analyst who now works for a right wing lobbying group. Kosar’s claim was that the USPS would still be in debt without the PAEA pre-funding requirement, but his own numbers showed that wasn’t the case. END_OF_DOCUMENT_TOKEN_TO_BE_REPLACED 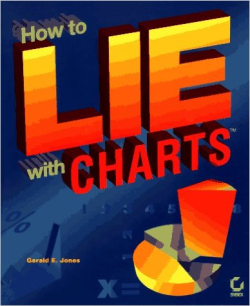 Back in my previous life as a financial analyst, one book that was always on my shelf was “How to Lie With Charts” by Gerald Jones. The title is meant to be tongue in cheek- Jones’s purpose is to help presenters avoid creating misleading charts and graphs. But I couldn’t help thinking of the title after reading Kevin Kosar’s article “Four charts explain the Postal Service’s financial struggles“, which was posted on the RStreet blog yesterday. Kosar was formerly an analyst with the non-partisan Congressional Research Service, where he frequently wrote analyses of the postal service’s finances. He now works for the very partisan RStreet lobbying organization.

What led me to connect Kosar’s piece with Jones’s book wasn’t the charts themselves for the most part, but rather the conclusions Kosar wants the reader to reach based on the charts. He certainly isn’t lying- but his charts don’t always support his conclusions. And sometimes they show the exact opposite. Let’s look at them, one by one: END_OF_DOCUMENT_TOKEN_TO_BE_REPLACED