The House Oversight and Government Reform Committee on July 12 advanced the Postal Service Reform Act of 2016 (H.R. 5714), a bipartisan bill introduced by leaders of the committee.

Below is a statement from National Association of Letter Carriers President Fredric Rolando in response to the legislation:

While this legislation is not perfect and contains unacceptable reductions in door delivery, NALC appreciates the committee’s dedication to working together and with stakeholders in a bipartisan manner to restore financial stability to this vitally important agency.

Today’s committee action on this House bill is step one in a very long process for Congress. As the bill is currently drafted, we would oppose its final passage. But there will be plenty of opportunity to address the deficiencies in this bill.

In particular, we believe that stakeholders will come to see how detrimental the door delivery cuts contained in the bill would be for this agency and for businesses around the country that depend on a strong Postal Service network.

In fact, more than 200 House members agree with us, having co-sponsored a bipartisan House resolution (H. Res. 28) calling for the preservation of door delivery.

As the legislative process moves forward, we will seek other improvements in the bill as well.

NALC and the strong coalition of postal unions, industry stakeholders and the Postal Service are committed to working with committee leadership to reach consensus on legislation that we all can support.

SPRINGFIELD, Mo. — The local post office has, in effect, declared a six-block area of Springfield a Danger Zone for letter carriers. The concern is that dogs roam the residential streets.

As a result, about 100 residents on East McGee, East Lindberg and East Whiteside have had to install new curbside mailboxes. The post office warned them: No curbside mailbox, no home delivery.

Some see it as an overly  broad response to a  problem they’re not sure exists.

OTTAWA, Oct. 6, 2014 /CNW/ – The union representing postal workers strongly condemns a move by the private company "You Have Mail," accusing it of exploiting the recent Canada Post decision to end door-to-door delivery for over five million Canadian households by offering to pick up mail and deliver it to the door – for a fee, of course.

"The Harper government is trying to kill Canada’s postal service and the vultures are circling," said Denis Lemelin, National President of the Canadian Union of Postal Workers.

"Canada Post is mandated to be financially self-sufficient and has been so for most of the past two decades. In fact, last quarter, it reported a profit. So why should Canadians have to pay $20 or $30 or $60 to have their mail delivered to the door?"

The union has been pushing for expanded services such as postal banking to address the decline in traditional mail.

"Privatization is not the solution," said Lemelin. "Mail delivery must remain a public service, not a for-profit business." 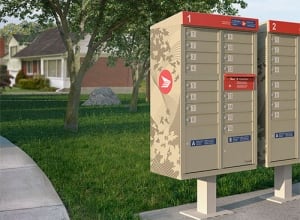 A new privately owned company called You Have Mail is preparing to fill the niche of home delivery once Canada Post stops delivering mail to individual homes.

“Continue to receive your mail at home,” promises the website of the Canadian upstart. "We know that with busy schedules, retrieving mail is the last thing you want to worry about, and we can help."

With You Have Mail, you can pay $20 to have mail delivered twice a week (Monday and Wednesday), or $30 for three deliveries per week.

In an effort to save money, the U.S. Postal Service could close the door on one form of delivery, but one Rockford letter carrier asks, at what cost to workers and customers?

“It’s just another bad idea from the Postal Service to eliminate door-to-door and put the boxes at the end of the street where the customers would have to walk a block or two down to get their mail.” -says National Association of Letter Carriers Branch 245 President Kelly Pruka.