The White House has announced the nomination of Roy A. Bernardi, a business consultant and former GOP politician, to the US Postal Service’s Board of Governors. If confirmed, Bernardi, the former mayor of Syracuse NY, would bring the Board to a total of six appointed members, only one of them a Democrat.

The Board is intended to have nine members, with no more than five belonging to the same political party. So Donald Trump could theoretically appoint three more members to the BOG, but none of them could be Republicans.

Here is the text of the White House announcement:

Today, President Donald J. Trump announced his intent to nominate the following individual to a key position in his Administration:

Roy A. Bernardi, of New York, to be a Governor of the United States Postal Service. 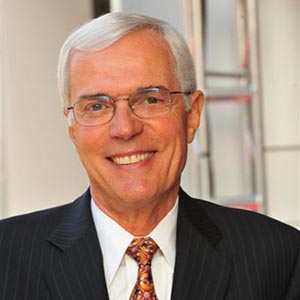 Roy A. Bernardi is currently a managing partner of The Bernardi Group, LLC, where he offers expertise, counsel and advice to various companies and organizations. Mr. Bernardi was most recently a Senior Advisor for CohnReznick, LLP, from 2013 to 2016 and Vice President of Government Relations for CGI Technologies and Solutions Inc. from 2009 through 2011.

Earlier in his career, Mr. Bernardi served as Deputy Secretary of the Department of Housing and Urban Development (HUD) in the administration of President George W. Bush. As Deputy Secretary, he managed HUD’s day-to-day operations, and oversaw the agency’s 8,500 employees and $38 billion annual budget. Prior to his service as Deputy Secretary, Mr. Bernardi was Assistant Secretary of Community Planning and Development at HUD. There, he helped develop viable communities by promoting integrated solutions to the challenges facing the Nation’s cities, as well as urban and rural communities.

Before joining the Bush administration, Mr. Bernardi was the 51st Mayor of the City of Syracuse, New York. As Mayor, he overhauled municipal financial services, eliminated duplicative departmental functions, and streamlined governmental operations, resulting in significant annual budget savings. He also served as President of the New York State Conference of Mayors.