A Miami-Dade County resident was arrested on federal charges in connection with a $1.5 million mail and wire fraud scheme that targeted the United States Postal Service.

Edwin Jim Garcia-Albarracin, 45, of Miami, Florida, was charged in a thirty-two count indictment, that was unsealed today, with ten counts of mail fraud, ten counts of wire fraud, and twelve counts of money laundering (Case No. 20-cr-20012-WILLIAMS). He is scheduled for a detention hearing on January 21, 2020. 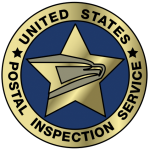 An indictment is a charging instrument containing allegations. A defendant is presumed innocent unless and until proven guilty in a court of law.