“With the dedication of these stamps today, the Postal Service pays tribute to all those individuals with the right stuff — the astronauts, engineers, mathematicians, physicists, computer specialists and all the hidden figures, men and women, who worked behind the scenes to land Americans on the moon and bring them home safely,” said Thomas J. Marshall, the Postal Service’s general counsel and executive vice president, and the stamp ceremony’s dedicating official.

“We believe the stamps are a fitting tribute to everyone who supported the Apollo 11 program. Because they are Forever stamps, they will always be perfect for your cards, letters and care packages, and they are available for purchase nationwide today,” Marshall said. 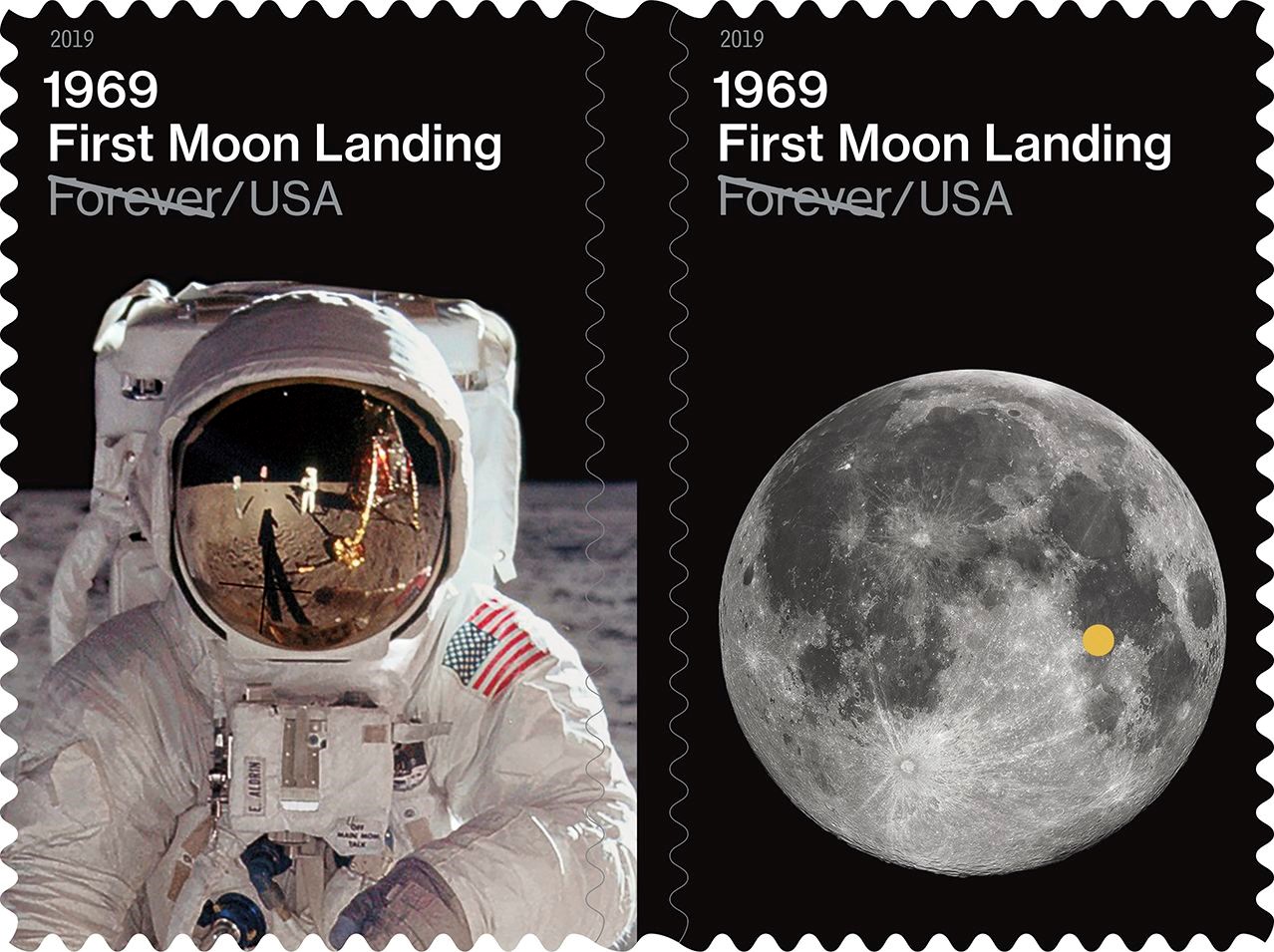 Apollo 11 astronauts Neil Armstrong and Buzz Aldrin achieved something that had long been confined to the realm of science fiction when they landed a spidery spacecraft named Eagle on the moon, July 20, 1969. A worldwide audience watched and listened when Armstrong stepped onto the moon’s surface and famously said, “That’s one small step for man, one giant leap for mankind.” The third Apollo 11 astronaut, Michael Collins, pilot of the command module Columbia, remained in orbit around the moon.

The Apollo 11 mission was celebrated around the world. In the fall of 1969, Armstrong, Aldrin and Collins made a goodwill tour of 24 countries and had an audience estimated at more than 100 million people.

After Apollo 11, NASA completed five more Apollo missions through 1972 that landed men on the moon. The United States remains the only country to have accomplished this remarkable feat.

Two stamp designs commemorate that historic milestone. One features Armstrong’s iconic photograph of Aldrin in his spacesuit on the surface of the moon. The other, a photograph taken in 2010 by Gregory H. Revera from his home in Madison, AL, shows the landing site of the lunar module, Eagle, in the Sea of Tranquility. The site is indicated on the stamp by a dot. Art director Antonio Alcalá designed the stamps.

News of the 1969: First Moon Landing Forever stamps is being shared on social media using the hashtags #MoonLandingStamp and #AstronautStamps. Followers of the Postal Service’s Facebook page can view a recording of the ceremony at facebook.com/USPS.

The 1969: First Moon Landing stamps are being issued as Forever stamps. Forever stamps will always be equal in value to the current First-Class Mail 1-ounce price.

Customers may purchase stamps and other philatelic products through The Postal Store at usps.com/shop, by calling 800-STAMP24 (800-782-6724), by mail through USA Philatelic or at Post Office locations nationwide.