Jerry Stidman, who ran an unsuccessful campaign for APWU National President last year, has accused the APWU and the other postal unions of supporting the latest postal reform bill in order to boost sales of their union sponsored health insurance plans.

I want to state my personal opposition to H.R. 756, the Postal Service Reform Act of 2017. This is a major concession on postal reform and one that will hurt all federal employees.

It would appear the unions of the post office have adopted support of this legislation to improve their ability to sell their health insurance plans. 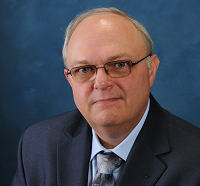 I encourage all who follow 21cpw.com, the members of all four postal unions and all who support a truly public post office to stand against H.R. 756 as well. This proposed legislation is not in the best interests of individual postal workers, customers of the post office, or those who support organized labor.