”Feds’ benefits are overly generous and antiquated, White House Press Secretary Sean Spicer said in a statement when announcing the governmentwide hiring freeze. The administration’s criticism of federal employees’ compensation package comes after Republicans in Congress have highlighted the issue as a top priority for legislative reform in the 115th Congress. 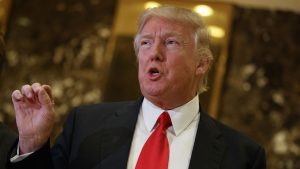 “Federal employee health and retirement benefits continue to be based on antiquated assumptions and require a level of generosity long since abandoned by most of the private sector,” Spicer said. “Those costs are unsustainable for the federal government, just as they are proving to be unsustainable for state and local governments with similar health and retirement packages.”