“Mail theft and manufacturing counterfeit money are serious crimes. Victims of mail theft may suffer for years after the crime has been committed and counterfeit currency impacts the economy and businesses,” said U.S. Attorney Bogden. “The U.S. Attorney’s Office will continue to work closely with the U.S. Postal Service and our law enforcement partners to bring offenders to justice. Citizens are urged to report incidences of mail theft immediately.” 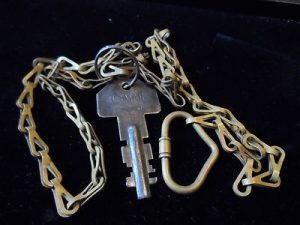 According to the plea agreement, Fixico admitted that she and Sanz-Carver were in possession of approximately 45 pieces of stolen mail, approximately 80 bank and credit card account statements, and approximately 130 personal and commercial checks, all acquired from stolen first class mail. In addition, Fixico admitted that she knew the mail items were stolen and that Sanz-Carver was in possession of one U.S. Postal Service lock and four counterfeit U.S. Postal Service keys which were used to open U.S. mail boxes and mail receptacles to steal the mail items.

Furthermore, Fixico admitted that she would make her own U.S. currency with a scanner/printer and counterfeiting paraphernalia. She used the counterfeit currency at grocery stores, gas stations, and other businesses throughout Las Vegas. During the execution of a search warrant at Fixico’s and Sanz-Carver’s residence, law enforcement found a total of 23 completed forged checks that totaled $50,782. The payee’s name on the forged checks had been changed to Fixico’s name.