The acting manager of two D.C. post offices and two of his employees took bribes in exchange for illegally delivering packages of marijuana, according to an indictment filed Thursday in D.C. federal court.

Deenvaughn Rowe is charged, along with letter carriers Kendra Brantley and Alicia Norman, with bribery and distribution of a controlled substance. All three were arrested Thursday.

According to the indictment, Rowe would monitor the arrival of marijuana packages at the Lamond Riggs and River Terrace post offices. He would then instruct Brantley and Norman to meet individuals, who would offer cash in exchange for the packages, on the street during their routes. They gave the cash to Rowe, according to the indictment. Between September 2015 and August of 2016, Rowe allegedly deposited $31,485 in bribes into his bank accounts.

It is not clear how the arrangement benefited Brantley and Norman.

To cover up the scheme, authorities, say, the two carriers would either fail to scan or scan with false information the packages containing marijuana. 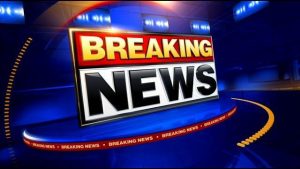 Wagner says that the employees will appear in Federal Court later today. All three were arrested in Washington, D.C. at two different post office locations.