08/10/2016 – According to financial results released on Aug. 9, the Postal Service has earned $1.3 billion in operating profit so far this year, making this the fourth straight year the USPS is operating in the black. Operating profits in 2015 and 2014 also totaled more than $1 billion each. 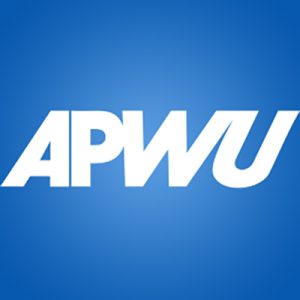 Despite the improvements, the Postal Service announced a “net loss” of $1.6 billion for the quarter and an operating loss of $522 million.

Pundits seized on the USPS report to paint a gloomy picture. The Washington Post, which frequently editorializes in favor of postal privation, wrote, “The U.S. Postal Service continued its nearly six-year run in negative financial territory, reporting an overall loss of $2 billion for the third quarter despite increasing its revenue by 2 percent compared to the same time last year.”

Most of the “overall loss” is the result of a pre-funding mandate that requires the Postal Service to pre-fund retiree healthcare benefits 75 years in advance – a burden no other government agency or private company bears. (The Washington Post acknowledged that the pre-funding requirement is controversial, writing, “The Postal Service and postal-worker unions have asked Congress to repeal the controversial requirement, which became law in 2006.”)

The $522 million operating loss in the third quarter is primarily the result of the reduction in postage prices, which occurred in April when the “exigent” price increase was eliminated. It was the first cut in stamp prices since 1919 and accounted for approximately $450 million of the loss. Most of the remaining operating losses were attributed to typical slowness of the third quarter. The Postal Regulatory Commission will begin a legally mandated review of the postage rate-setting system in 2017.

“With no taxpayer funding, the Postal Service provides essential services and enjoys widespread support from the people of the country,” said APWU President Mark Dimondstein. “Letter volume is stabilizing, and the explosion in online shopping has led to sharp increase in package revenue, so there is great potential for a strong, public Postal Service to thrive.

“The APWU is working with our sister postal unions, USPS management, mailing industry groups and key legislators to reach consensus on such reform.”