WILLIAMSPORT – The United States Attorney’s Office for the Middle District of Pennsylvania announced the filing of a Criminal Information yesterday charging Lori Regel-Childs with misappropriation of funds from the U.S. Post Office in South Williamsport, Pennsylvania.

According U.S. Attorney Peter Smith, Regel-Childs, age 52, allegedly took approximately $11,611 from the South Williamsport Post Office while working there as the lead sales and service associate from October 2014 through December 2015.  Regel-Childs allegedly took the proceeds of cash postage stamp sales, funds from her cash drawer, and money from the unit cash reserve at the Post Office.  She also removed cash from her assigned cash drawer and the cash reserve to pay her personal bills and expenses.  Regel-Childs is a resident of South Williamsport. 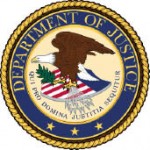 Under the terms of a plea agreement filed with the criminal information, Regel-Childs has agreed to enter a guilty plea and pay restitution.  The plea agreement is subject to the approval of the court.

This matter was investigated by the Office of Inspector General, United States Postal Service.  Assistant U.S. Attorney George J. Rocktashel has been assigned to the prosecution of this matter.

Criminal informations are only allegations. All persons charged are presumed to be innocent unless and until found guilty in court.

A sentence following a finding of guilt is imposed by the Judge after consideration of the applicable federal sentencing statutes and the Federal Sentencing Guidelines.

The maximum penalty under federal law is 10 years of imprisonment, a term of supervised release following imprisonment, and a fine. Under the Federal Sentencing Guidelines, the Judge is also required to consider and weigh a number of factors, including the nature, circumstances and seriousness of the offense; the history and characteristics of the defendant; and the need to punish the defendant, protect the public and provide for the defendant’s educational, vocational and medical needs. For these reasons, the statutory maximum penalty for the offense is not an accurate indicator of the potential sentence for a specific defendant.