Some of Canada Post’s biggest customers, including the federal government, are being told to make contingency plans ahead of a possible contract dispute with workers this summer. 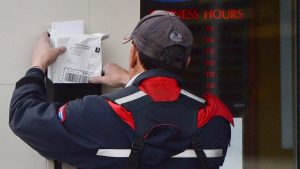 Jon Hamilton, a spokesman for Canada Post, told CBC News that while the corporation is not trying to be “alarmist,” it has decided to inform some key clients about the possible service disruption.

Canada Post and the Canadian Union of Postal Workers (CUPW) have been in contract negotiations since late 2015 to reach a new agreement for about 50,000 workers.