A couple who say their wedding was disrupted because the U.S. Postal Service didn’t tell them their wedding invitations needed extra postage lacked legal grounds to sue the agency, a U.S. judge has ruled. 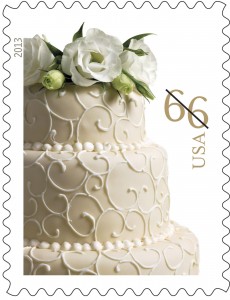 The couple claimed that because none of the postage on the invitations they mailed on Aug. 10, 2015 was sufficient, many were returned and had to be remailed, with guests receiving them too late.