In the PMG’s announcement she says: “Rick has demonstrated exceptional leadership and delivered results throughout his 36 years of federal service. With a unique balance of operational expertise and fair-minded management, Rick has improved operations and developed people in every position he has held. His positive, lasting impact can be seen throughout the Northeast Area and the entire organization.” 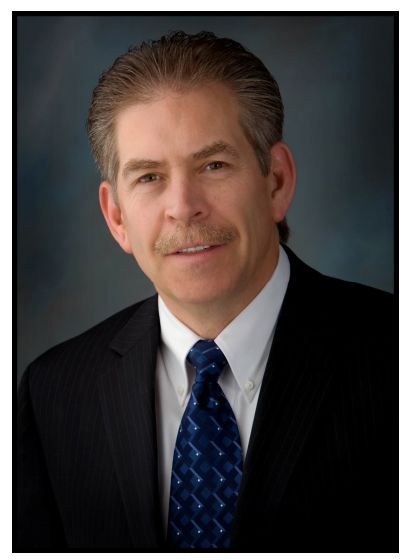 Rick began his career in 1980 as a Letter-Sorting Machine Operator in New Haven, Connecticut. He later served as Plant Manager of the Stamford, Connecticut, Processing and Distribution Center; Manager of In-Plant Support for Northeast Area; Lead Plant Manager for the former Massachusetts Performance Cluster, overseeing operations for seven plants; and Manager of Operations Support for the Northeast Area. During this tenure, Rick was instrumental in numerous consolidations, and also the development, construction, and opening of the Southern Connecticut and Southern Maine Processing and Distribution Centers.

In 2011, Rick was appointed to Vice President, Area Operations, Northeast Area. Under his leadership and direction, New York Metro and Northeast Areas were consolidated into one of the most complex operations in our organization and a new, strong leadership team was developed. Rick led his team through Hurricane Sandy, transformed the entire Northeast Area network, and set the pace for innovation and customized delivery solutions, including new product offerings in a vertical urban environment.

While his contributions to operations have been extensive, Rick’s most enduring legacy will be his impact on people. He led by example in every decision, action, and direction. He drove safety as a fundamental responsibility for all leaders and led the Northeast Area to achieve the strongest safety performance in the country. He has been a mentor, a teacher, and the consummate professional every step of his career.

Rick has been honored throughout his career, including receiving Vice Presidents’ Awards, an Executive Leadership Team Award, and a Board of Governors Award.

Rick plans to spend time his wife Bernie, son Richard Paul and daughter-in-law Aimee’, and three grandchildren, Maddie, Ellie, and Oliver. He also looks forward to traveling and finally getting to play some golf.

The second announcement was regarding Edward “Ed” F. Phelan, who will be detailed as Vice President, Area Operations, Northeast Area according to an announcement by COO and EVP David E. Williams.

In his announcement, COO Williams highlighted Ed’s Field knowledge and Headquarters experience. Since August 2014, Ed has held the Vice President, Delivery Operations position in Headquarters. In this role, Ed reported to the Chief Operating Officer and Executive Vice President, and was responsible for all delivery aspects, including performance measures to improve productivity, delivery strategy and planning, and fleet management of more than 200,000 vehicles.

In January 2013, Ed was named the Vice President, Delivery and Post Office Operations in Headquarters where he had oversight of the delivery network as well as operations at roughly 32,000 Post Offices, Stations and Branches. Ed has held the position of Manager, Delivery Programs Support in the Northeast Area and Postmaster, Syracuse, New York. Serving as District Manager of Albany District and Connecticut-Valley District, Ed excelled in developing solutions to drive on-time delivery and customer satisfaction.

Ed began his postal career in 1979 as a distribution clerk in Syracuse, New York. Ed has a degree in business from Columbia College and State University of New York at Morrisville, is a graduate of the Postal Service’s Advanced Leadership Program, and is a trained Executive Green Belt.