WASHINGTON — An iconic painting of one of the seven natural wonders of the world — the Grand Canyon — was previewed today as the eighth of 16 Forever Stamp images to be revealed over a three-week period to celebrate the National Park Service’s 100th anniversary. 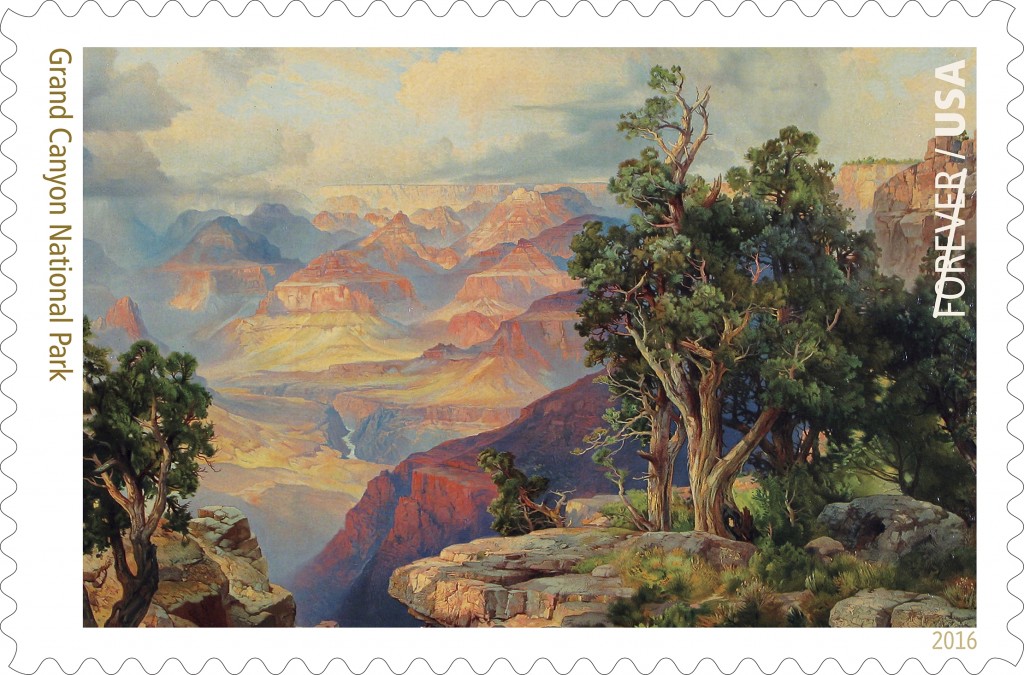 The stamp image is a detail of a chromolithograph-on-canvas, “The Grand Canyon of Arizona, from Hermit Rim Road,” by artist Thomas Moran (1837–1926). Unique combinations of geologic color and erosional forms decorate a canyon that is 277 river miles long, up to 18 miles wide and one mile deep. Grand Canyon overwhelms our senses through its immense size. Visit this link for more information about the park.

The June 2 first-day-of-issue ceremony for the National Parks Forever Stamps pane will take place at New York City’s Javits Center at 11 a.m. as part of World Stamp Show-NY 2016.Dedication ceremonies will also take place at or near each of the National Parks depicted on the stamps. Individuals are asked to spread the news on social media by using the hashtags #NPSStamps, #FindYourPark or #NPS100.