WASHINGTON — A setting sun photograph of pinelands and grasses in the United States’ largest subtropical wilderness — Everglades National Park — was previewed today as the sixth of 16 Forever Stamp images to be revealed over a three-week period to celebrate the National Park Service’s 100th anniversary.

Everglades National Park, FL
The stamp image is a photograph by Paul Marcellini of Miami, FL. Spanning the south Florida peninsula from Miami to Naples and south to the Florida Keys, Everglades National Park’s 1.5 million acres of sawgrass prairies, tropical hardwood hammocks, pine rocklands, mangrove forests and marine and estuarine waters provide habitat for a wildlife spectacle like no other. Crocodiles, alligators, manatees, flamingos, herons and turtles are just a small sampling of wildlife that can be seen here. Visit this link for more information about the park. 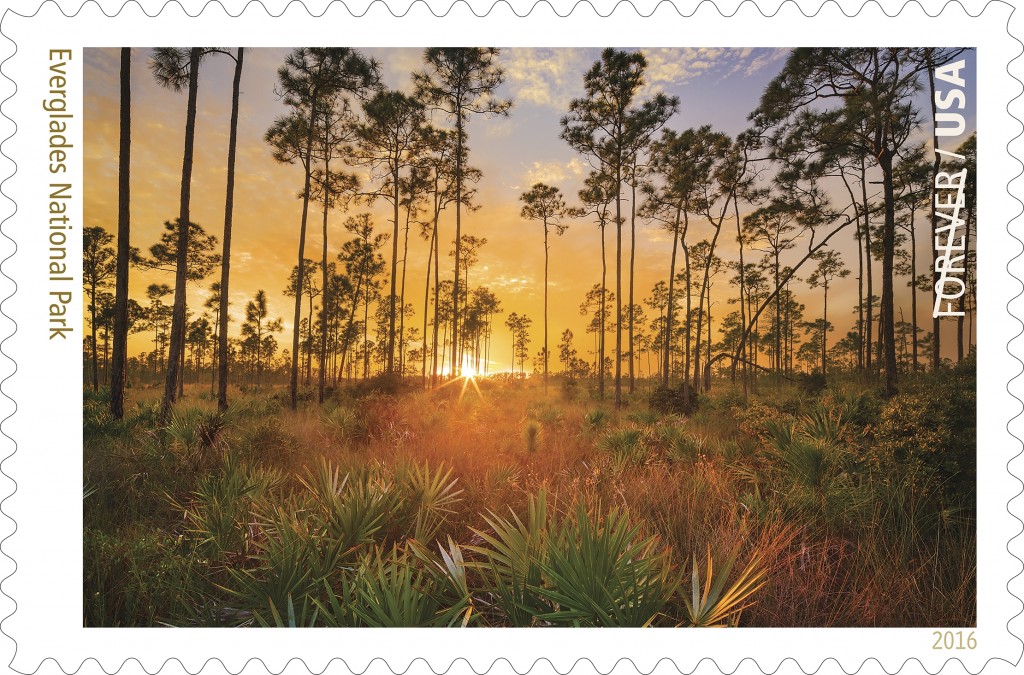 The June 2 first-day-of-issue ceremony for the National Parks Forever Stamps pane will take place at New York City’s Javits Center at 11 a.m. as part of World Stamp Show-NY 2016.Dedication ceremonies will also take place at or near each of the National Parks depicted on the stamps. Individuals are asked to spread the news on social media by using the hashtags #FindYourPark, #NPS100 or #NPSStamps.