WASHINGTON — A stamp image featuring a stunning photograph of Acadia National Park’s Bass Harbor Head Light was previewed today as the first of 16 Forever stamp images to be revealed over a three week period to celebrate the National Park Service’s 100th anniversary.

The June 2 first-day-of-issue ceremony for the National Parks Forever stamps pane will take place at New York City’s Javits Center at 11 a.m. as part of World Stamp Show-NY 2016. Dedication ceremonies also will take place at or near each of the National Parks depicted on the stamps. Individuals are asked to spread the news on social media by using the hashtags #FindYourPark or #NPS100. 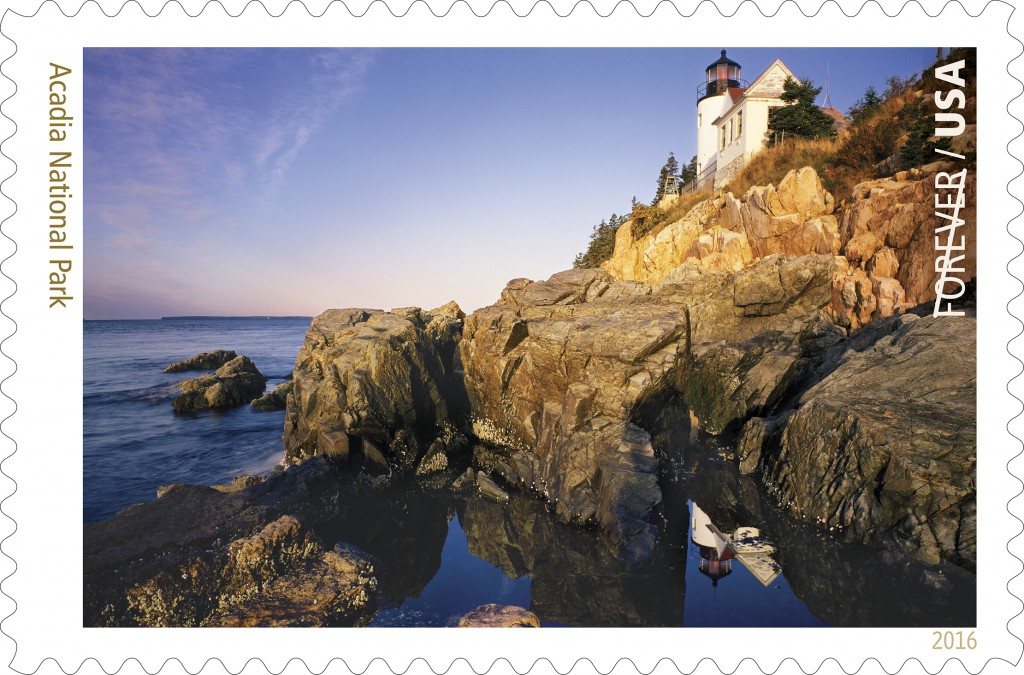 The stamp image depicting the Bass Harbor Head Light was photographed by David Muench. People have been drawn to the rugged coast of Maine throughout history. Awed by its beauty and diversity, early 20th-century visionaries donated the land that became Acadia National Park. The park is home to many plants and animals, and the tallest mountain on the U.S. Atlantic coast. Today visitors come to Acadia to hike granite peaks, bike historic carriage roads, or relax and enjoy the scenery. For more information on Acadia, visit this link.

World Stamp Show-NY 2016 will take place May 28 – June 4. Held only once a decade this mega event is not to be missed by beginners through advanced stamp collectors alike. There will be something for everyone there, no matter what you collect. Stamp collecting is a hobby for a lifetime. No matter what your specialty, you’ll find it at the show.