In testimony that lasted most of the day on March 8, union economist Kathryn Kobe reviewed a series of graphs and charts illustrating the current state of the workforce and supporting the union’s proposals for wages increases, retaining cost-of-living allowances (COLAs), and other monetary matters. 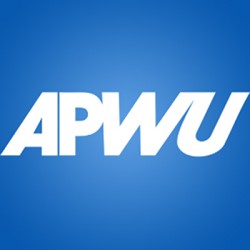 Later that day, a union attorney dissected the problems caused by multi-tiered workforces. Jennifer Kelly of the United Auto Workers union outlined the detrimental effects multiple pay and benefit structures had on employee morale in the auto industry. They were eliminated from recent contracts, she pointed out.

On March 10, nine Postal Support Employees (PSEs) from the Clerk, Maintenance and Motor Vehicle Service Crafts offered emotional testimony, telling compelling stories about the devastating effect low wages have on every aspect of their lives.

“I salute the PSEs for their willingness to come forward and give honest and forthright testimony,” said APWU President Mark Dimondstein. “They shared their real-life stories in an effort to improve conditions for themselves and all workers. I’m confident that their testimony will have a positive impact on the arbitration panel.

“The most important witnesses throughout the proceedings have been the workers themselves – the PSEs who spoke this week and the career employees who testified in the first round of hearings,” he said. Seventeen career employees testified in six separate panels about their working conditions on Feb. 18 and 19.

The union and management have agreed that the new contract should have a three-year term, which would run from May 21, 2015, when the last contract expired, through May 20, 2018.

Hearings will resume on April 5.