Last week Dead Tree Edition reported on the US Postal Service’s plans to hire 125,000 non-career employees in FY 2016. The USPS says it needs to hire that many “to maintain the appropriate levels”. 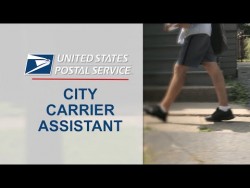 The attrition rate was highest among City Carrier Assistants, the non-career, lower paid position created by the last (arbitrated) city carrier contract. CCAs have an attrition rate of 54.24%, meaning that on average, most don’t last a year before quitting.

The USPS admits that “Recruiting for City Carrier Assistants (CCAs) is a challenge in some regions due the physical nature of the position and extreme outdoor environments, as well as local economic conditions.” Which raises the question: if it’s hard to recruit CCAs, and most that are hired end up quitting, is the non-career strategy really viable in the long run?