9 October 2015 – On World Post Day, the head of the Universal Postal Union (UPU) is highlighting that the future of postal services strongly depends on their ability to innovate and to embrace new technologies. 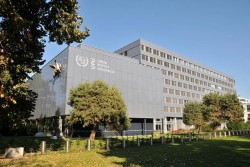 “From liberalization to privatization and the emergence of competition, the Post has faced many challenges to its survival, but none so daunting as the development of modern information technology,” said Bishar A. Hussein, Director General of the UPU in a message.

“Today, the traditional postal business line – letter post – has been greatly challenged by faster and more efficient ways of communication thanks to advancements in information and communications technologies,” he added.

However, the Director General underlined that successful postal services have taken these challenges as opportunities to innovate and establish new market segments. They understand “that a faster and more efficient communication medium is actually what the Post needs in order to build a new business value chain.”

Mr. Hussein said the message is clear: the survival of postal services hinges on its ability to quickly change and innovate. “Customer expectations, needs and tastes are changing, and the Post must change as well to meet these new demands,” he explained.

Meanwhile, with this realization, the draft World Postal Strategy for 2017–2020 identifies postal industry reform as the key driver. “In its blueprint, Vision 2020, the UPU focuses on innovation, integration and inclusion as the main factors that will drive postal business in the future.”

To achieve innovation, Mr. Hussein said it will be critical to develop digital competencies, along with the relevant regulatory frameworks that will support the new environment. For successful integration, post services will need to build a “seamless network that is connected both virtually and physically,” and that has a local and international presence.

Furthermore, with the adoption in September of the new Sustainable Development Goals (SDGs) by all world leaders, UPU’s Director General said postal services today “have an even more relevant role to play as an infrastructure for development.”

“Given its universal nature, the Post is best placed to drive the economic, social, financial and digital inclusion of all citizens of the world,” he stated. “Through its vast network, the Post should target micro, small and medium-sized enterprises as well as the unbanked population as a new business frontier and create appropriate products to support the market.”

He added that achieving success in this area is one of the best ways to ensure the achievement of the SDGs, for the benefit of the global community.

Since 1969, more than 150 countries mark World Post Day each year on 9 October, the anniversary of UPU’s establishment in 1874 in the Swiss capital, Berne.