Gunnison, CO, Letter Carrier Wayne Smith was making his rounds at an apartment building recently when he noticed uncollected mail in a customer’s box. Smith also heard the man’s dog barking incessantly inside the apartment. 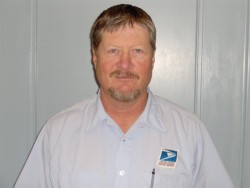 Smith notified Postmaster Neil Kovach, who called the police and suggested someone check on the customer.

Officers visited the apartment discovered the man was experiencing serious health problems. He was taken to the hospital and treated.

The police later called the Post Office to thank Smith, saying the situation could have turned critical if he hadn’t intervened.