The US Postal Service has responded to the Daily Caller’s bizarre claim that the agency is waging a “War on Religion” because it isn’t printing more religious Christmas stamps this year. In a letter to the owner of the tea party blog, USPS spokesperson Mark Saunders pointed out that the agency already has half a billion religious holiday stamps in its inventory. That’s enough to satisfy the demand for two full holiday seasons. 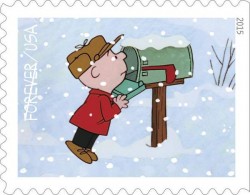 The USPS also noted that that the story was apparently inspired by the reporter’s inability to find religious Christmas stamps at a PO he visited. Of course, the normal time for people to buy Christmas stamps is, well, Christmastime- not August or September- so it’s hardly surprising to find that a post office doesn’t have a ready supply of the stamps at the time. I imagine he’d have a hard time finding Christmas cards in the middle of summer, too! Does that mean drug stores and Wal-Marts are waging “War on Religion”?

The Daily Caller writer has posted a followup to the USPS letter, but you get the feeling that he didn’t actually read it- for example:

Saunders noted in his letter that there is a large inventory of religiously-themed stamps issued in previous years available for purchase by the public.

That’s the thing that the Daily Caller just can’t seem to grasp- most Americans aren’t clamoring for more religious Christmas stamps. If they really want them so much, why are there half a billion sitting in the warehouse?

Here’s the text of the USPS letter. Click the link at the bottom of this post for the Daily Caller’s followup.

Your Sept. 10 article “Ìs the Postal Service Declaring War on Religion?¨ is incorrect and misleads your readers into thinking Post Offices will not be offering religious-themed holiday stamps this year. Nothing could be further from the truth. Allow me to set the record straight.

Our decision to print select holiday-themed stamps every other year is a business decision based on supply and demand while serving the needs of our customers. Moreover, we have found that the popularity of Holiday Forever stamps ÷ which are good for mailing a one ounce letter anytime in the future regardless of price changes ÷ result in more stamps purchased at a time.

Evidently the story idea about the “Postal Service Declaring a War on Religion¨ began when your reporter visited a Post Office and found that it had no religious- themed stamps available. Postmasters have the ability to order holiday stamps, but as most customers wait until after Thanksgiving to mail their greeting cards, Postmasters typically order these stamps in late September or early October.

Customers can purchase stamps at Post Offices or online at usps.com/shop.

The Postal Service has a long standing history of celebrating the religions of the world on postage stamps.