The US Postal Service began its fourth fiscal quarter in July with an operational loss of 32 million on revenue of $5.6 billion. That brings the year to date net income from operations to $1.3 billion. Accounting entries required by the 2006 PAEA law will add a whopping 900 million to the monthly loss, and transform the YTD profit into a $3.7 billion loss, despite the fact that no money will actually change hands.

The July revenue figure reflects an increase of 1.2% over the same period last year (SPLY). Despite the increase, revenue failed to meet the agency’s target for the month by over a quarter billion dollars.

First class mail volume continued to slide, down 3.5% from last July. Standard mail volume and revenue were up slightly. Package services revenue was up 14.7% for the month. 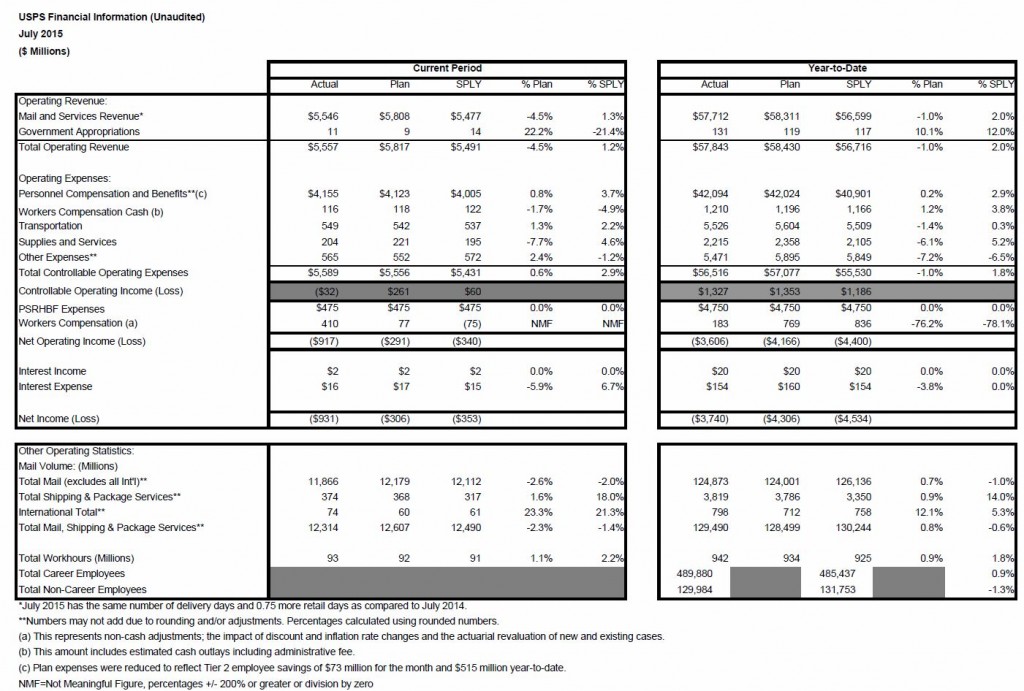 While total USPS revenue increased by $66 million compared to SPLY, expenses (not counting PAEA) were up by $158 million, with most of the increase due to salaries and benefits. The S&B increase, in turn, resulted mainly from the fact that the USPS used 2.2% more hours to process and deliver 1.4% less mail. That suggests that the changes the USPS has made to increase productivity may have had the opposite effect.

Click here to view the complete report in .pdf format.