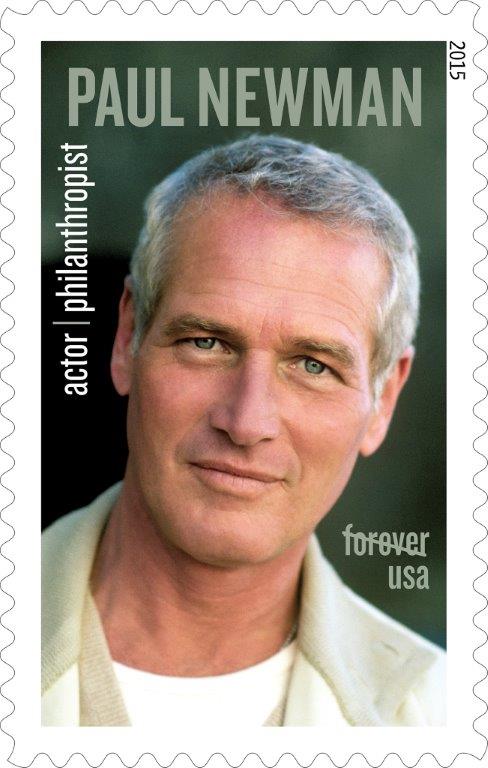 WASHINGTON — The U.S. Postal Service announced today that award-winning actor and philanthropist Paul Newman will be honored on a Forever Stamp. The stamp will go on sale Sept. 18.

With his blue eyes and on-screen charisma, Newman enthralled American moviegoers for six decades. Over the course of his decorated movie career, he received 10 Academy Award nominations, including eight for best actor. He won an Oscar for his role in the 1986 film “The Color of Money.” At the Oscars in 1994, Newman was presented with the Jean Hersholt Humanitarian Award.

In the 1980s and 1990s, Newman stayed active in the arts and also embraced his many passions, particularly auto racing, which he took up in his 40s. Each year the number on his race car was changed to match his age. The last car he raced was number 82. He also served as the president of the board of the famed Actors Studio, which he helped support financially.

More than just a film icon, Newman used his success as an actor, writer, producer and director to advance his philanthropic endeavors funding charitable causes in an effort to make the world a better place.

Newman’s SeriousFun Children’s Network has helped more than 600,000 children and families in the United States and beyond. Perhaps Newman’s boldest action on the philanthropic stage came in 1982, when he founded the Newman’s Own food company. Beginning simply with a single product of oil-and-vinegar salad dressing and a commitment to quality and charitable giving over profit, the company has since grown into an international business with more than 200 products. Along the way, Newman’s Own has donated more than $430 million to thousands of charities.

In 1998, Newman helped create the Committee Encouraging Corporate Philanthropy, an organization composed of board chairs and CEOs of major corporations that focuses on corporate philanthropy and citizenship. In 2006, he co-founded the Safe Water Network, which provides market-based safe water solutions to people in the developing world.