Police in Barrington Rhode Island are looking for a man who robbed a bank while wearing what appeared to be a postal service jacket. 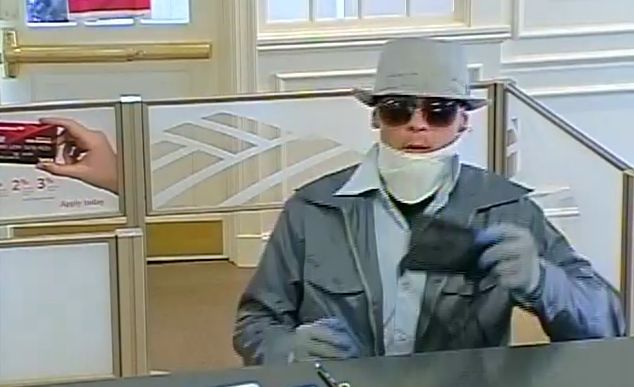 Police said a man demanded money from a teller at the Bank of America branch at 257 County Road at about 12:50 p.m. Thursday. He fled with an undisclosed amount of money.

Investigators described the robber as a white man with a thin build about 5 feet 8 inches to 5 feet 10 inches tall. Police said he appears to be 22 to 30 years old. The man was wearing a light colored hat, aviator sunglasses, and a gray U.S. Postal Service jacket. He was also wearing a light beige neck band around his throat.