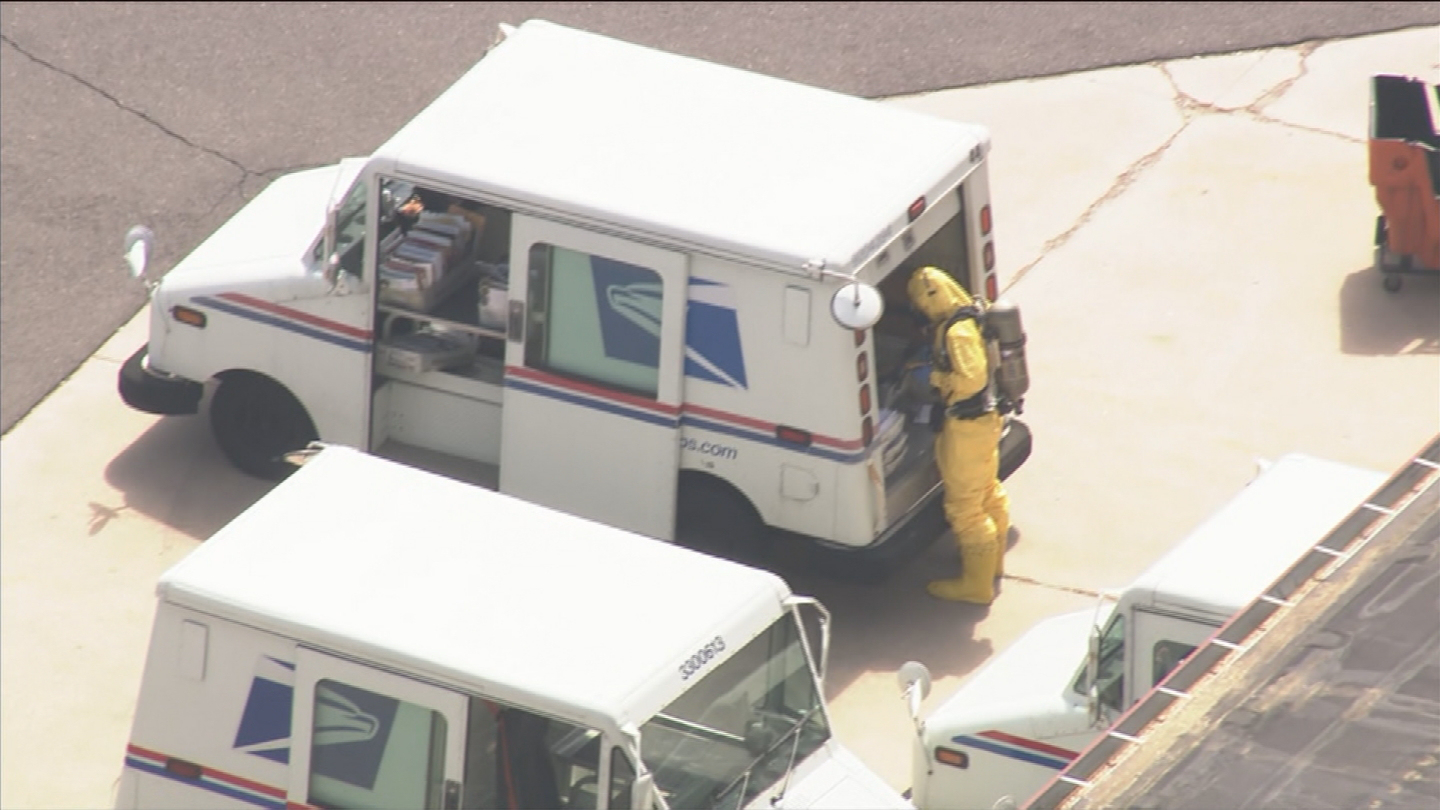 According to news reports, a postal facility in Hamilton Township, NJ has been evacuated after employees reported a “strong, sweet” odor in the building:

The incident is at the United States Postal Service office on Route 130 in Hamilton Township, Mercer County.

Chopper 3 HD was over the scene of the post office where it showed hazmat workers dressed in protective yellow suits examining postal trucks and bins outside the building.

According to the Times of Trenton, about 30 employees were in the building at the time of the evacuation. Several of them were examined by emergency personnel, but there were no reports of injuries.