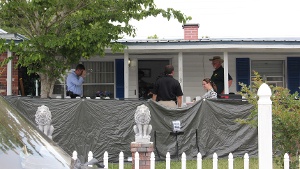 Deputies from the Columbia County Sheriff’s Office are investigating the deaths of a man and a woman whose bodies were found Wednesday at a home on Tribble Street in unincorporated Columbia County.

A postal worker found the body of 72-year-old Gwendolyn Cart and her husband, 79-year-old Robert Hupp, in what investigators believe was a murder/suicide by firearm, with Hupp pulling the trigger.

“As he put some mail in the slot by the front door he saw a couple of bodies. He checked the one to see if it was breathing, it was not, so he called 911 and we responded,” Cpl. Murray Smith of the Columbia County Sheriff’s Office said.