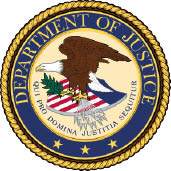 According to U.S. Attorney Peter Smith, between July and October, 2014, Stevens, a postal carrier, began opening greeting cards and other mail and stealing the cash and gift cards contained inside. The theft was discovered after residents complained about missing or torn mail. In October 2014, Stevens was caught on surveillance video using one of the stolen gift cards at a local store. Stevens faces one year imprisonment and a fine of up to $100,000.

Stevens has resigned from the Postal Service. The Government has filed a plea agreement with the defendant which is subject to approval of the court. As part of the agreement, Stevens agreed to pay restitution to the victims.

This case is being investigated by the United States Postal Service, Office of Inspector General and the Carroll Valley Borough Police Department and is being prosecuted by Assistant United States Attorney Daryl F. Bloom.