This report presents the results of our self-initiated review of Geo-Fence Technology in Delivery Operations. Our objective was to assess the U.S. Postal Service’s efforts to implement geo-fence technology in delivery operations.

The Postal Service is developing and pilot testing use of the Delivery Management System (DMS) to improve carrier efficiency for street delivery. This system will include geo-fence technology to assist supervisors in monitoring delivery operations. Geo-fence technology is a system based on the concept of virtual geographic zones. If a carrier deviates from their designated geographic zone during street delivery, an alert is sent to the supervisor in an email or text message. The DMS will enable supervisors to see “at a glance” the location of each mail carrier and determine whether the carrier is ahead of or behind their scheduled delivery time. To accomplish this, the DMS will combine Global Positioning System (GPS) data gathered via handheld scanning devices with data from various existing systems2. 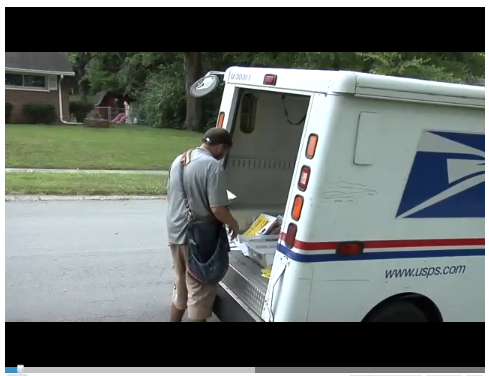 The Postal Service’s planned use of geo-fence technology in the delivery environment is a proactive approach to increasing carrier visibility to aid street management. During our review, we identified an inaccuracy in DMS. Specifically, if a carrier is assigned deliveries in addition to the carrier’s primary route, a common practice known as “pivoting,”3 the Managed Service Point4 (MSP) scan variance data provided to DMS will be inaccurate. The inaccurate variance occurs because projected scan times are not adjusted for authorized route deviations recorded in the DOIS. Also, management has not updated the DMS to incorporate data elements related to pivoting. Management planned to address the scan variance inaccuracy by April 2014; however, as of
June 2014, they have not finalized the adjustments. Inaccurate scan variance data may cause supervisors to react to carrier delays that are actually justified based on their daily delivery assignment.

The Postal Service’s planned use of geo-fence technology will increase carrier visibility to aid supervisors in performing street management. Our analysis shows that MSP scan variances would be accurate on regular routes, but inaccurate when there are authorized route deviations. For example, supervisors often divide an unstaffed route among multiple carriers who each cover a part of the route in addition to their regular routes. This arrangement is used to augment the work of some carriers with less than 8 hours of work on their routes.

We recommend the vice president, Product Information modify the Delivery Management System (DMS) software to capture adjustments for time and location projections when carriers are assigned deliveries on more than one route prior to nationwide implementation of DMS.