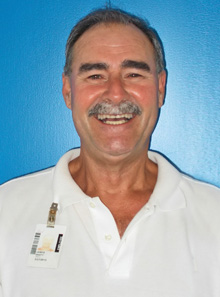 Midlothian, VA, Rural Carrier James Whitt had almost completed his route along a residential street when his LLV backfired and started running roughly. As soon as Whitt turned off the vehicle, the engine caught fire.

Whitt determined it was safe to unload the vehicle and moved the mail to a nearby lawn while a customer called 911. Firefighters arrived and extinguished the blaze in about two minutes. No one was hurt.

Whitt’s Postmaster sent out another truck so Whitt could finish his route.

Later that day, Whitt smiled as he greeted a customer and said, “Don’t worry, I saved your bills for you.”

Whitt’s story and pictures of his burning vehicle were featured in a community newsletter. The headline: “Super mailman.”