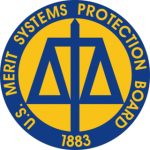 The Court of Appeals for the Federal Circuit yesterday upheld the firing of a Chicago Customer Services Manager for failing to report a dog bite suffered by a letter carrier at her station, and other “failures to perform assigned duties”. Jean Montgomery. a 44 year postal employee, had appealed her firing to the Merit Systems Protection Board last year. After an MSPB Administrative Judge (AJ) upheld the firing, Montgomery appealed to the full Board, submitting what the Board described as “a sheaf of documents over 1 inch thick and comprising 64 exhibits which are neither tabbed nor paginated as ordered.”

The Board noted that Montgomery failed to introduce any of the new “evidence” in her original MSPB appeal, or explain why she was not able to do so. Ironically, the Board found that only one of the documents submitted was previously unavailable: “a January 23, 2013 letter congratulating the appellant for her 45 years of service to the agency”.

After the full Board upheld the removal, Montgomery appealed to the Appeals Court, which affirmed the MSPB decision:

The United States Postal Service (“agency”) removed Petitioner Jean A. Montgomery for failure to report an accident and for multiple failures to perform assigned duties. Ms. Montgomery appealed the agency’s decision to the Merit Systems Protection Board (“Board”), and the Board affirmed. Because the Board’s decision was in accordance with the law and supported by substantial evidence, this court affirms.

Ms. Montgomery was a Customer Services Manager, a supervisory position, at the Englewood Postal Station in Chicago, Illinois. On April 2, 2012, Ms. Montgomery received a notice from the agency proposing her removal. The proposed removal was based on charges including a failure to report an accident and multiple failures to perform assigned duties.

The notice alleged that Ms. Montgomery failed to report an injury as a result of dog bites to one of the postal carriers incurred during his delivery route. In particular, rather than filing a report and instructing the carrier to seek medical attention, Ms. Montgomery is alleged to have instructed the carrier to continue with his route despite his injuries.

The notice also detailed multiple allegations of Ms. Montgomery’s failure to perform assigned duties. Ms. Montgomery was warned on several occasions about complying with agency procedures and processes. The notice further points out several instances where Ms. Montgomery failed to follow particular instructions from her manager. *3

The agency, on August 30, 2012, sustained the charges specified in the notice against Ms. Montgomery. The agency found that the “failure to report the dog bite accident suffered by [the carrier] was an extremely serious offense, especially given [her] position as Station Manager.” Resp’t’s App. (“R.A.”) 57. In addition, the agency determined that Ms. Montgomery failed to ensure the postal station scanned mail properly, mail was delivered on time, and attendance reviews and disciplinary actions were properly submitted. R.A. 57.

Having found the charges supported by the record, the agency then determined that the penalty of removal was appropriate. The agency described the charges as “extremely serious.” R.A. 58. In particular, the agency found that Ms. Montgomery failed to assure her employee’s safety and health by sending the carrier back to the streets after his injury. The agency also noted Ms. Montgomery’s failure to follow her manager’s instructions. R.A. 26, 58. The agency further noted that Ms. Montgomery was disciplined on October 26, 2011 for failure to perform managerial duties and for failure to cooperate during an investigatory interview. Those earlier allegations overlapped substantially with the charges here. Based on this record, the agency found the charges sufficient to support her removal. Ms. Montgomery’s fortyfour years of service, while a mitigating factor, did not overcome the “seriousness of [her] misconduct.” R.A. 58.

Ms. Montgomery appealed the agency’s decision to the Board. In an initial decision dated February 1, 2013, the administrative judge (“AJ”) affirmed the removal decision. After a hearing, the AJ found that the charges were supported by preponderant evidence. As to the penalty of removal, the AJ noted that Ms. Montgomery was employed in an important supervisory position requiring high standards of conduct. The allegations raised against her addressed the same type of disciplinary issues covered by a prior disciplinary action. As a result, the AJ consid*4 ered Ms. Montgomery to have “poor rehabilitative potential.” R.A. 31. The AJ therefore found the penalty within the agency’s disciplinary discretion under Douglas v. Veterans Administration, 5 M.S.P.R. 280, 306 (1981) (listing “Douglas factors” used in determining the appropriateness of a penalty).

Ms. Montgomery petitioned for a full Board review. On October 28, 2013, the Board affirmed the AJ’s initial decision, which became the Board’s final decision. The Board did not find error in the AJ’s findings and rejected any new arguments or evidence that Ms. Montgomery could have presented to the AJ. In addition, the Board found the penalty of removal sufficient especially in light of the Board’s long-standing position that “agencies are entitled to hold supervisors, like the appellant, to a higher standard of conduct than nonsupervisors because they occupy positions of trust and responsibility.” R.A. 11.

Mr. Ford took leave the following day to seek medical treatment, and the medical treatment report indicated the extent of Mr. Ford’s injuries. The record also reflects that Mr. Ford informed other witnesses, who also testified that they advised Ms. Montgomery of Mr. Ford’s injuries. In addition, there was testimony regarding the residents on the delivery route complaining of “blood all over their mail.” R.A. 67. Based on this record, the AJ determined that Ms. Montgomery must have been aware of Mr. Ford’s injuries. In reaching this determination, which is supported by substantial evidence, the AJ reasonably resolved conflicting testimony and evidence in the agency’s favor. As a result, we discern no error related to this charge. See King v. Dep’t of Health & Human Servs., 133 F.3d 1450, 1453 (Fed. Cir. 1998) (noting witness credibility determinations are “virtually unreviewable” on appeal).

As to the Board sustaining the agency’s finding of Ms. Montgomery’s failure to perform assigned duties, this court also discerns no error. The AJ found evidence supporting allegations that Ms. Montgomery did not comply with multiple agency requirements and instructions from her manager. For example, the AJ determined *6 the evidence showed Ms. Montgomery did not conduct the necessary attendance reviews and did not take the necessary disciplinary actions to correct employees with attendance deficiencies. When Ms. Montgomery had the opportunity to come forward with any evidence indicating otherwise, she failed to do so.

With respect to the penalty of removal, the AJ’s determination was in accordance with the law. The AJ was faithful to the Douglas factors in evaluating the appropriate penalty in this case. See Douglas, 5 M.S.P.R. at 305 (listing “the employee’s past work record, including length of service” as an appropriate factor to consider).

Ms. Montgomery on appeal does not challenge these findings as erroneous, but rather, similar to her petition for review to the full Board, Ms. Montgomery attempts to present evidence and arguments not raised before the AJ during the initial Board proceeding. The Board rejected new evidence and arguments that were not unavailable when the record was closed in the prior proceedings. See *7 5 C.F.R. § 1201.115(d) (2012) (allowing for “new and material evidence or legal argument” if they were not available when the record closed despite the petitioner’s due diligence). This court discerns no error in that decision, and to the extent Ms. Montgomery similarly raises new issues here, we find no basis to find error in the AJ’s findings. Brenneman v. Office of Pers. Mgmt., 439 F.3d 1325, 1328 (Fed. Cir. 2006) (“Both this court and the Board have held that a party submitting new evidence in connection with a petition for review must satisfy the burden of showing that the evidence is material and that it could not have been obtained earlier with the exercise of due diligence.”).

This court does not overlook Ms. Montgomery’s long tenure as a federal employee and appreciates her decades of federal service. We, like the Board, however, are bound to apply the law as written. The Board correctly applied the law, and its decision was not arbitrary or capricious and was supported by the record. This court affirms the Board’s decision.

1. Ms. Montgomery filed a motion for leave to “submit addition information.” Pet.’s Req. to Submit Additional Information, ECF. No. 14. The motion is granted, and in writing this opinion, this court has considered the materials she submitted.