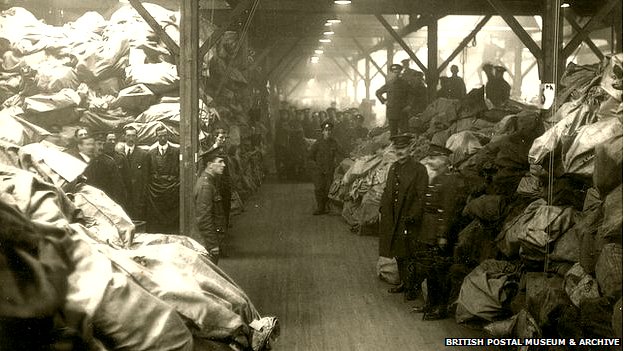 During World War One up to 12 million letters a week were delivered to soldiers, many on the front line. The wartime post was a remarkable operation, writes ex-postman and former Home Secretary Alan Johnson.

When a soldier on the Western Front wrote to a London newspaper in 1915 saying he was lonely and would appreciate receiving some mail the response was immediate.

The newspaper published his name and regiment and within weeks he’d received 3,000 letters, 98 large parcels and three mailbags full of smaller packages.

Had that soldier had the time to respond to every letter he could have done. Wherever he was fighting, his reply would have been delivered back to Britain within a day or two of posting.

How the General Post Office (GPO) maintained such an efficient postal service to soldiers and sailors during World War One is a story of remarkable ingenuity and amazing courage.