Jeremy Corbyn today vowed to bring the Royal Mail back into public ownership.

The Labour leader made the pledge as he supported posties in North London marking National Postal Workers’ day.

He warned that privatisation threatened workers’ pay and conditions as well as the universal service obligation that guarantees everyone in the UK gets their post delivered for the same price.

“I want to see a publicly-run Royal Mail, with protection for workers and the service.

“Royal Mail is the pre-eminent letters and parcels carrier in the UK. We have delivered a resilient performance in the first half, demonstrating our ability to respond to a competitive trading environment. END_OF_DOCUMENT_TOKEN_TO_BE_REPLACED

UK Mail saw its shares plunge by more than 17.5pc after the company issued a fresh profit warning as its parcel delivery service struggles with a move to a new fully automatic processing facility. 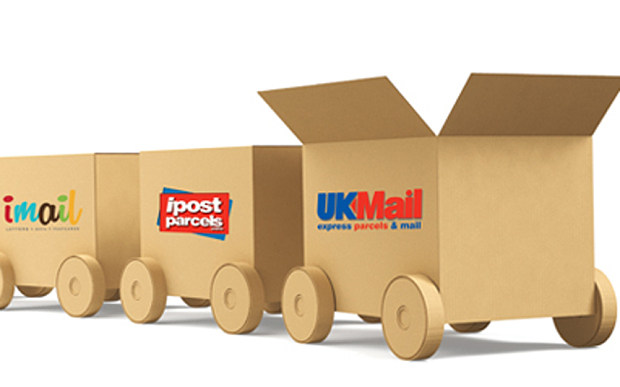 The independent postal services provider said the difficult transition to a new head office and hub from Birmingham to Coventry meant expectations for next year’s financial performance had “softened slightly”.

The acquisition of eCourier supports Royal Mail’s strategic objective to enhance its parcel offering, expand its network and capture more value in the fastest growing segments of the UK parcels market.

Royal Mail is already a leading player in other key parcels segments like business-to-business and business-to-consumer.

Same day delivery is a premium segment of the parcels market, with an estimated value of over £500 million1, and growing rapidly at around 4-5 per cent per year2. While it is principally a B2B market, the currently modest B2C segment is expanding rapidly, driven by the e-commerce trends and the increasing consumer demand for faster fulfilment.

Royal Mail provides a nationwide same day service through its Royal Mail Sameday®courier services and partner companies, with a limited footprint in London. eCourier generated revenue of approximately £19 million in 2014-153. eCourier’s main shareholder and CEO, Ian Oliver, will remain in role. The financial terms of the transaction are not material in the context of the Royal Mail Group as a whole.

Moya Greene, Chief Executive Officer, Royal Mail,said: “Today’s announcement marks another milestone in our strategic objective of increasing our presence in growth areas of the parcels market.Same day deliveries are already one of the fastest growing segments of the UK parcels market.”

“The report shows there is absolutely no justification for cuts in service to the American people or to the wages and benefits of postal employees,” he said. The Postal Service released the report for fiscal year 2015, which ran from Oct. 1, 2014, through Sept. 30, 2015, on Nov. 13.

The positive financial report is the result of an improving economy and a sharp increase in package volume, Dimondstein noted. “I often say that the Internet taketh and the Internet giveth. First-class mail has declined, but online shopping has triggered an explosion in package volume.” In 2015, package volume increased by more than 11 percent over the previous year.

The financial results bode well for the Postal Service and should give added momentum to efforts to developed postal reform legislation that will satisfy workers, customers and major mailers, Dimondstein said.

The union representing workers at the centre of a row which halted the country’s postal service for days is recommending to its members that they accept proposals aimed at resolving the dispute.

Independent industrial relations mediator Phil Flynn yesterday put forward a number of proposals in relation to revised shift patterns and pay levels to the Communication Workers Union (CWU) and An Post contractor IO Systems. The CWU will ballot its members on these on Saturday.

Criminal gangs have infiltrated postal delivery services across the country to intercept secretly marked packages of drugs to divert into the £200m-a-year market in bootlegged medicines, according to officials.

Millions of pounds of knock-off pills have been seized in raids on black-market dispensaries that revealed the role of corrupt postal workers in hoarding imported drugs for criminal wholesalers, according to investigators.

Subcontracted drivers working for Parcelforce – the parcel delivery arm of the Royal Mail – are under investigation after delivery vans were suspected to have stopped outside addresses without dropping off packages, said officials at the Medicines and Healthcare Products Regulatory Agency (MHRA).

The drivers are understood to have identified packages as carrying illicit drugs from their distinctive packaging – or because they were addressed to recognised false names.

Children could have to wait four days for their Christmas presents this year after it emerged that Royal Mail is set to be allowed to skip deliveries on Boxing Day.

The UK’s national postal service has asked for permission to skip deliveries on Saturday December 26 because it says so little post and mail is still in the system after the pre-Christmas rush.

The news will mean that any Christmas presents ordered late over the internet and not delivered by December 24th will not be delivered until Tuesday December 29th.

This is because Royal Mail – which was privatised by the Government last year – is also not delivering on Monday December 28, which is designated a Bank Holiday. It will also mean that postmen and women will have to wait until the following Tuesday to collect their traditional Christmas “boxes” from homeowners.

The 29-year-old, of Gleneagles in Cloughmills, Co Antrim, was told the scale of his breach of public trust warranted immediate imprisonment.

However, District Judge Amanda Henderson granted bail pending the outcome of an appeal against the jail term she imposed.

Johnston was convicted of stealing a total of £1,280 in cash on dates between July 2013 and September 2014.He also took two DVDs and a bank card from other parcels.
Source: Postal worker who stole cash from birthday cards jailed

Bulk mail is collected by other postal firms from businesses and passed to Royal Mail for sorting and delivery.Royal Mail set out the price changes in January 2014, before withdrawing them.

Rival firm Whistl, which had planned its own delivery network, claimed the price hikes were anti-competitive.

Ofcom said its specific allegations include that “changes to Royal Mail’s wholesale prices for bulk mail delivery services contained a differential in pricing which meant that, in practice, higher access prices would be charged to… customers that competed with Royal Mail in delivery than to those access customers that did not”.

At the time that the price increase was proposed, TNT Post – now Whistl – was proposing to launch a rival bulk letter sorting and delivery service for business customers.

Following the price hike, it complained to the regulator about anti-competitive practice on the part of Royal Mail and ultimately gave up on its rival venture.