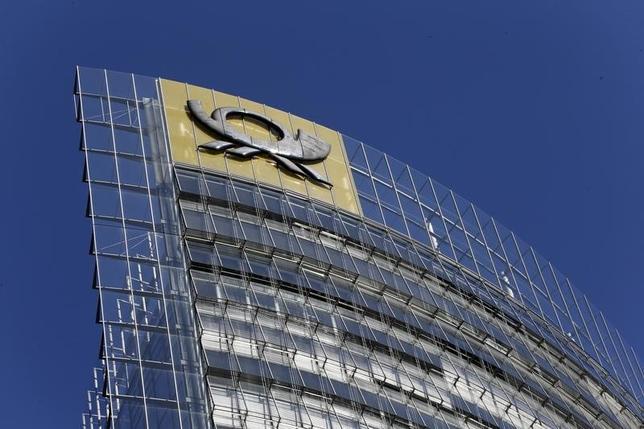 Dusseldorf (dpa) – The German postal service, Deutsche Post, plans to build its own electric delivery vans, dubbed the Streetscooter, with the first models expected to roll off production lines this year, the company said Saturday. 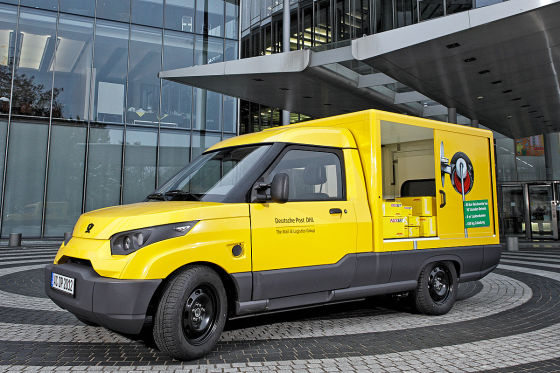 The first 2,000 vehicles are due to be manufactured in 2016, with the company gradually replacing its fleet of 30,000 delivery vans with the Streetscooter, Deutsche Post said, confirming an earlier report in Germany‘s Focus news magazine.

Streetscooter was founded as a start-up in 2010 as an offshoot from RWTH University in the border city of Aachen.

Deutsche Post took over the company a year and a half ago with the intention of using its know-how to build vehicles for postal deliverers. 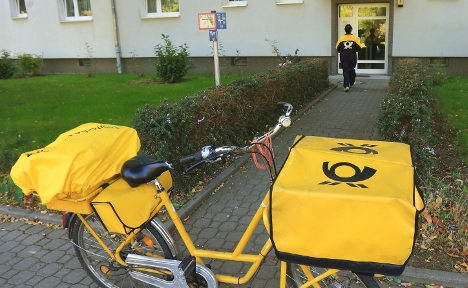 Members of service workers’ union Verdi at Deutsche Post made good on threats to walk off the job on Monday, announcing an indeterminate strike that will hit deliveries across Germany.

“We have to increase the pressure massively,” Verdi deputy leader Andrea Kocsis told journalists in Berlin.

Verdi says that the Post has not made any concessions towards solving the conflict through six rounds of talks over pay and working hours for 140,000 employees.

At the heart of the argument is the company’s plan to create regional subsidiaries where former postmen will be employed at the lower wages typical of logistics companies.

Parcelhome.com, an Irish high-tech start-up, has developed a connected letterbox that is bound to change home delivery dramatically. The parcelhome.com unit, easily installed next to your front door or in your front yard, is able to receive 95% of all parcel deliveries. What makes parcelhome.com’s unit different is that it is both secure and easy to integrate for carriers, thus fulfilling the promise of a universally accessible package box. Carriers DHL Parcel, GLS and DPD have seized this opportunity to improve their service to consumers. Their pilot with parcelhome.com is a world first collaboration in the field of smart package boxes shared amongst multiple carriers. END_OF_DOCUMENT_TOKEN_TO_BE_REPLACED

Workers at Germany’s postal and logistics giant Deutsche Post have launched a new round of strike action, according to the German labor union Verdi, continuing this year’s wave of industrial action.

Workers across most German states are taking part in the walkout. Verdi is expecting “significant disruption,” Uwe Speckenwirth, Verdi department head for postal services, told German media, adding that many consumers will be missing their letters and parcels.

The main bone of contention between Verdi and Deutsche Post’s management is the company’s plan to create thousands more staff positions in separate entities that would pay less than the wages agreed by current collective bargaining agreements.

Source: Deutsche Post hit by another round of strikes | JOC.com

FRANKFURT–German labor union Verdi called for fresh strikes next week at Deutsche Post AG after talks with the postal services company over a collective wage agreement fell through on Saturday.

Deutsche Post said the union made a further demand for a 5.5% increase in salaries for the company’s about 130,000 pay-scale employees in addition to its previous proposal to reduce work hours to 36 per week from 38.5 per week.

“Verdi’s demands for a reduction in weekly working hours with full wage adjustment, whilst further calling for an increase in collectively agreed salaries, are divorced from reality,” Deutsche Post board member Melanie Kreis said, adding that if agreed to the demands of the union, the company’s labor costs would increase by an additional EUR600 million.

The union said it will announce the timing of the strike soon after the two-day negotiations with Deutsche Post–its fourth round in recent months–ended inconclusive.

According to Reuters, Deutsche Post will expand its package delivery service using lower paid employees. The company says that the wages it pays its existing postal workers are too high to be economically viable in the competitive parcel business:

The additional jobs will offer pay based on collective wage agreements for the logistics sector, rather than Deutsche Post’s more generous in-house agreement, putting the company on collision course with workers’ representatives.

via UPDATE 1-Deutsche Post to create thousands of jobs on lower pay | Reuters.

END_OF_DOCUMENT_TOKEN_TO_BE_REPLACED

Bonn-based Deutsche Post is legally entitled to increase postage of currently 0.60 euros ($0.82) per letter by slightly less than the rate of inflation, though it needs to seek approval for price hikes from Germany’s Federal Network Agency.

Reuters – Deutsche Post is aiming for a global expansion of its parcel delivery business and wants to become world No. 1 by 2020, its CEO said, betting on a boom in the delivery of parcels ordered from websites such as Amazon.com Inc.

Like other postal companies, Deutsche Post is benefiting from the rapid growth in online retail sales, seen doubling in Europe from 2012 levels to around 323 billion euros $438 billion by 2018, market research firm Mintel forecasts.

Already the world’s biggest postal and logistics group, Deutsche Post aims to replicate that position in parcels and Chief Executive Frank Appel told the company’s annual shareholders’ meeting it would consider re-entering European markets it had exited, such as France and Britain, as well as growing further afield.

via Deutsche Post aims to be global No.1 in parcel delivery by 2020 | Reuters.