Public Health England (PHE) has advised that people receiving parcels are not at risk of contracting the coronavirus. From experience with other coronaviruses, we know that these types of viruses don’t survive long on objects, such as letters or parcels.

This complements the highly publicised guidance from PHE for people to wash their hands more often than usual using soap and hot water.

We are actively monitoring this rapidly evolving situation. We take the health and safety of our people very seriously. We have provided guidance to our people, our customers and communities in which we operate, to help prevent the spread of any infection. We are doing so in line with preventative guidance from Public Health England.

Signing for and receiving items

In order to protect both our people and customers as much as possible, we will not be handing over our hand-held devices to customers to capture signatures. Postmen and women will instead log the name of the person accepting the item. This will apply to Special Delivery Guaranteed, Tracked 24/48 with Signature and Signed For services.

Additionally, for all customers (including those who are self-isolating) where we need to deliver any parcel that won’t fit through your letterbox, we will place your item at your door. Having knocked on your door, we will then step aside to a safe distance while you retrieve your item. This will ensure your item is delivered securely rather than being left outside.

If you are unable to come to the door at all we will issue a ‘Something for You’ card, advising of other ways you can arrange to get your item. For example, by getting a friend or family member to collect the parcel from our local Customer Service Point on your behalf. In this situation, and to keep your mail as secure as possible, they will need to bring along the SMS/email notification and a form of ID in the name of the person the item is addressed to. Full information on acceptable forms of ID can be found here.

In the event we need to close one of our units, this decision would be made in line with Public Health England guidance. Royal Mail has many years’ experience of contingency planning for a number of different scenarios. We will follow the Government’s advice and work closely with the relevant authorities.

We have extensive experience in being able to quickly deploy business contingency plans so we continue to provide customers with access to our services and their mail.

END_OF_DOCUMENT_TOKEN_TO_BE_REPLACED 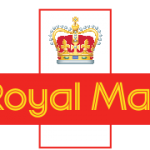 The privatised UK postal operator announced on Thursday that its £7.4bn defined benefit scheme will close to future accruals after March 2018, saying that “there is no affordable solution to keeping the plan open in its current form”.

Stamp collectors are furious at PostNL‘s decision to stop stamping the date on stamps and to strike them through with a pen instead.

‘It’s a disaster for stamp collectors,’ said Martijn Bulterman, chairman of the Dutch stamp traders association NVPH. By putting a pen stroke through the stamps they are ‘effectively being ruined’, Bulterman told the Telegraaf. END_OF_DOCUMENT_TOKEN_TO_BE_REPLACED

END_OF_DOCUMENT_TOKEN_TO_BE_REPLACED

From the Financial Times:

Shares in Royal Mail dropped more than 5 per cent after the group reported a drop in letters delivered before the festive period as business uncertainty in the UK hit junk mailings.

Rising parcel numbers failed to make up for the chronic decline in paper-based correspondence at the postal service’s core British business, pushing the division’s revenue down 2 per cent in the nine months ending on Christmas Day. 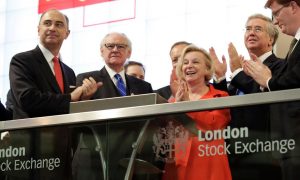 Union leaders will be recommending acceptance of a one-year, no-strings-attached pay increase achieved during national negotiations with Royal Mail.

The proposal, which has met with the approval of the union’s industrial executive, is fully consolidated and will lift basic pay by 1.6 per cent for all CWU-represented grades within the business apart from Romec and Quadrant, whose pay awards are negotiated separately.

Backdated to April 4th 2016 for weekly-paid staff and to April 1st 2016 for monthly-paid, the increase flows through to all pay supplements, skills and unsocial attendance allowances, London Weighting, Scottish Distant Island allowance, overtime and scheduled attendance rates and matches the March 2016 retail price index (RPI), keeping members’ earnings up with the cost of living.

Acting deputy general secretary (postal) Ray Ellis, said: “The view of the pay negotiating team, endorsed by the postal executive at its meeting yesterday, is that the offer represents an acceptable conclusion to the 2016 pay talks that meets the policies we have adopted for a clean, one-year, no-strings deal.

“The offer will therefore be recommended for acceptance in an individual members’ ballot, which opens on June 9th and closes on the 30th.”