DETROIT — Today, the U.S. Postal Service and Canada Post jointly issued The History of Hockey stamps that now are available nationwide. Hockey fans are asked to share the news using the hashtag #HockeyStamps.

TORONTO – Canadian Space Agency astronaut Jeremy Hansen was at a Toronto school to unveil a stamp with an image of Canada’s most famous robotics accomplishment – the Canadarm. The stamp commemorates Canada’s achievements in space, science, technology and innovation. END_OF_DOCUMENT_TOKEN_TO_BE_REPLACED

OTTAWA – Canada Post’s commitment to help Canadian businesses grow through e-commerce led to strong growth in the Parcels line of business in 2016. By partnering with retailers to deliver innovative and convenient delivery, shipping and returns experiences to Canadians, the Canada Post segment solidified its position as Canada’s No. 1 parcel company. The Canada Post segment’s profit before tax of $55 million compares to a profit before tax of $63 million in 2015. END_OF_DOCUMENT_TOKEN_TO_BE_REPLACED

A 24/7 kiosk in Vancouver, which dispenses stamps with images of Group of Seven paintings, was set up to make it more convenient to buy stamps at any hour. 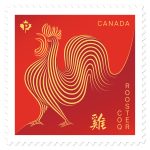 OTTAWA – Canada Post will greet the Year of the Rooster with a two-stamp issue, the ninth in its most recent series honouring the Lunar New Year.

A Permanent™ domestic-rate stamp featuring a rooster image, with its chest proudly puffed out, is paired with an international-rate stamp offering a close-cropped profile view of the rooster’s stately face. Both images are created from lines of gold foil. END_OF_DOCUMENT_TOKEN_TO_BE_REPLACED

After six weeks of local membership meetings, the members in both the Rural and Suburban Mail Carriers (RSMC) and the Urban Postal Operations (UPO) bargaining units have ratified their tentative collective agreements reached with Canada Post on September 1st.

The unaudited results show adoption of the RSMC contract by 55% of those voting. The number of members voting in 2016 exceeded the turnout in 2012.

The UPO contract was adopted by almost 63% of the Urban members participating. END_OF_DOCUMENT_TOKEN_TO_BE_REPLACED

OTTAWA – The Canada Post segment lost $60 million before tax in the third quarter, when the risk of a work disruption prompted commercial customers to make other arrangements to deliver their parcels and mail.

The net financial impact of the labour uncertainty is estimated at $100 million for the third quarter. That figure reflects the significant reduction in revenue but also includes slightly lower costs, such as less use of overtime and temporary employees, because volumes had declined sharply in all lines of business. The Corporation and the Canadian Union of Postal Workers reached tentative agreements on August 30, 2016, but volumes took much longer to recover. Employee benefit expenses were also lower in the third quarter due to a $44-million non-cash one-time gain, resulting from the new collective agreement with the Canadian Postmasters and Assistants Association (CPAA) in August 2016. END_OF_DOCUMENT_TOKEN_TO_BE_REPLACED

Flett was 18 years old when she was hired in 1956 at Royal Mail Canada, which would later become Canada Post. END_OF_DOCUMENT_TOKEN_TO_BE_REPLACED

A small town newspaper in Ontario offers this tip for Canada Post customers: 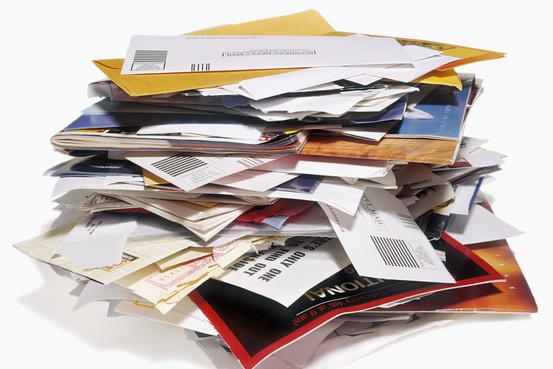 Canada Post will not put (junk) mail in your box if you request a red dot.  This dot is placed at the interior of the post office for the sorters to see.  I have had said dot for years and have greatly reduced my household waste.

On its web site, Canada Post say the service is available at residential boxes as well:

To stop getting unaddressed advertising, simply put a note on your mailbox stating that you do not wish to receive Canada Post Neighbourhood Mail™(formerly Unaddressed Admail). Place the note in or on your mailbox, or on the inside lip of your community mailbox, group mailbox or postal box.

The service applies only to mail not personally addressed to the customer.