Dayton government officials blamed a postal error as the reason some city tax returns mailed to a PO box in Akron bounced back to senders as undeliverable. END_OF_DOCUMENT_TOKEN_TO_BE_REPLACED

DAYTON — No Dayton post office branches had extended hours for those sending off their income tax forms last-minute.

A crowd gathered in the lobby late last night at the downtown branch, with some tax filers upset there was no one available to cancel their return so that it is postmarked on April 15. According to one witness, some people were ringing a bell and banging on the counter at the customer service desk.

Signs were posted in the lobby informing customers there would not be extended hours this year for income tax filers. The East Fifth Street location downtown closed at 6 p.m. 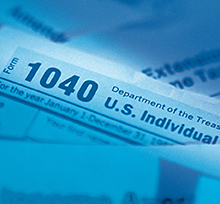 The checks are in the mail again.

To combat identify theft and fraud this tax season, Colorado and South Carolina are mailing refund checks — even if filers chose a direct deposit option.

The rise in electronic fraud has prompted some experts to urge people to file their returns by mail.

“I wonder whether the risks of e-filing outweigh the convenience of a faster refund and saving on postage stamps,” accountant Paul Bleeg wrote in a recent San Francisco Business Times column.

With 90 percent of Americans filing their taxes electronically, the days when post offices were beehives of tax night activity right up until midnight are a distant memory- but not, apparently, in Salinas California.

As is the norm with the news media these days, however, the “reporters” didn’t bother to do any research to back up their claims- if they had, they’d have discovered that this was the second year in a row that the Salinas office closed at its normal time on tax night. According to a 2013 press release from the USPS, the Salinas PO closed at 5PM on tax night last year, although the office did accept returns at curbside until 8 PM. Two years ago the office was open late, but only until 10 PM, not midnight. This year, the USPS issued a press release announcing that post offices in the area would be open normal hours on tax night with the exception of San Jose and Oakland.

As for the “PANIC” people were supposedly experiencing, the TV station’s own web site had previously carried a story pointing out that the tax deadline is pretty much meaningless if, like most taxpayers, you’re expecting a refund. (Late filing penalties are based on the amount you owe the IRS- if you’re getting a refund, there’s no penalty).

Never let the facts get in the way of a snappy headline!

SALINAS, Calif. –Hundreds of people failed to file their tax returns on time in Salinas Tuesday, showing up at the post office and expecting it to be open late, only to find it closed at 5 p.m.

The post office on Post Drive is known for being open late on tax day. In past years postal workers have been out here in the parking lot collecting and post marking the returns until midnight. However for the first time in recent memory, hours were not extended, much to the surprise of all those who showed up.

BETHESDA, Md., Feb. 24, 2014 /PRNewswire/ — By a margin of almost 4-to-1, Americans say they are more likely this year to use technology rather than paper and the U.S. mail to personally complete and file their state and federal tax returns. According to a new survey, 40% of taxpayers said they are most likely to use computers, tablets or smartphones. Only 11% said they would file their taxes using paper and send the forms in by mail.

The survey was commissioned by Taxsoftware.com, which launched the first iPad app for federal tax returns in 2011. Percentages have been rounded up or down.

“The survey is a more bad news for the U.S. Postal Service, and a reality check of how much we depend on technology to complete and file tax returns. It is ironic that our embrace of technology is helping one arm of the federal government (the Internal Revenue Service) to do their job, while making it more challenging for another part (the Postal Service) to do theirs,” said Taxsoftware.com spokesperson Mickey Macedo.

The survey was conducted January 20-29, 2014 by Google Surveys and has a margin of error of three percent. The survey consisted of a national sample of 5,426 adults 18 years of age or older from an online panel. The sample’s composition reflects that of the U.S. adult population according to U.S. Census data.