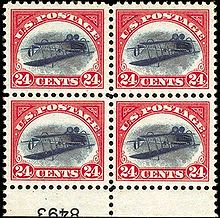 The block is the only one of the famous error issue that includes the plate number on the sheet margin. The plate number, like the image of the “Jenny” airplane, is upside down.

The news appearing on Indian websites over the Labor Day weekend surely must have excited many of Bollywood’s fans, although the rumor turned out to be false.

According to the website, the United States Postal Service was to issue a stamp honoring the late Indian film star Akkineni Nageswarara Rao by issuing a postage stamp on his birthday.

A first-day ceremony was planned for Sept. 20 in Dallas, said an announcement from the Akkineni Foundation of America.

Unfortunately for fans, Mark Saunders, a Postal Service spokesman, told Linn’s that USPS has no plans for any such stamp.

Watch as Linn’s Stamp News senior editor Denise McCarty discusses a few significant events in the stamp world last week and what to look for in the coming week.

Watch as Linn’s Stamp News managing editor Donna Houseman discusses a few significant events in the stamp world last week and what to look for in the coming week.