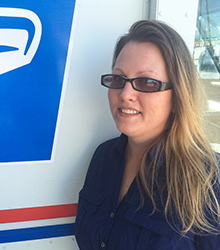 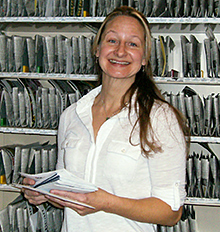 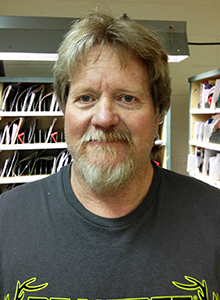 Cunningham was on his route recently when he spotted a man collapse in front of his house. Cunningham rushed to the man’s side, picked him up, carried him inside and put him in a chair.

This was no small feat: The man is 6 feet tall and weighs 155 pounds.

It turned out the man, a stroke victim, was returning from a doctor’s appointment with his wife when he became too weak to stand. Coincidentally, the couple’s daughter is a Postal Service employee — Imlay City, MI, Postmaster Sandra Berger.

“I am deeply touched and grateful for the help [Cunningham] provided my parents,” said Berger. “My mom has mentioned over the years how helpful he has been in one way or another. I am proud to work in an organization that hires truly selfless people.” 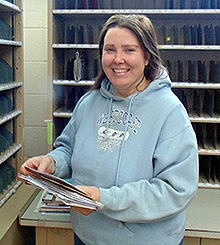 McIntosh was recently on her route when she saw a man removing appliances from an unoccupied house and loading them onto a truck.

McIntosh wrote down the license number and a description of the vehicle. She then called 911 and reported the incident.

Police quickly found and arrested the suspect, who had recently been released from jail. JACKMAN — Boyd Fortier was helping his wife, a contractor for the U.S. Postal Service, deliver mail a year ago when he noticed a man having trouble walking down his icy driveway to get to his mailbox.

Fortier, who has multiple sclerosis, helps his wife on the postal route, and he felt sympathy for Leo Boudreau, 87, who struggled daily to get his mail.

Fortier’s big heart resulted in a simple act of kindness that, when considered, wasn’t really all that simple.

Fortier wanted to deliver the Boudreaus’ mail straight to their house. To do so, he and wife Joanne got a special hardship delivery waiver from the U.S. Postal Service, which is granted rarely and only on a case-by-case basis.

“He was just barely getting along on the ice and snow, and he has a bad hip,” Fortier said of Boudreau. “It’s just hard for him to get around, so I said, ‘Mr. Boudreau, I’m going to bring your mail inside for you. There’s no need for you to fall down and nobody finds you. That way, you don’t have to take the risk in the elements.’” 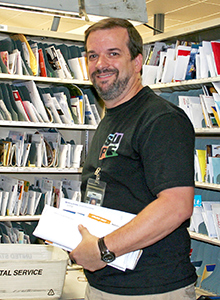 Williamsburg, VA, Rural Carrier Mark Seftas has been working the same route for 10 years and knows his customers well. When he received a note in a customer’s mailbox addressed to him asking for help, he knew he had to act quickly.

The customer told Seftas she had written to her son to let him know she was out of bread and water, but the son hadn’t responded. After work, Seftas purchased a case of bottled water and bread and took them to the customer.

A short time later, Seftas received another note asking for help in contacting her son, as well as a list of other critical supplies. Seftas realized the customer needed more help than he could provide and told his supervisor, who contacted a local social services agency.

An agency representative told the Post Office the woman was a victim of neglect and would receive assistance.

“Mark is a great employee who cares so much about his customers,” said Customer Services Manager Rosemarie Whitman. “He’s efficient, punctual and good at his job. He is humble and doesn’t see anything extraordinary about what he did — he simply saw a need and filled it.”

Said Seftas: “I love my job and I’m so glad to know my customer got the help she needed.”

Marion, IA, Rural Carrier Jerry Wells was delivering mail when he heard a cry for help and found a woman lying in the bushes near her house. A wheelchair was nearby. The woman said she fell when her wheelchair tipped over. Wells lifted her into her chair and helped her into the house. After making sure she didn’t need medical care, he continued on his route. In a letter later sent to the Postmaster, the woman wrote that Wells “was most definitely a hero…I’m eternally grateful.”

WASHINGTON, June 17, 2014 /PRNewswire-USNewswire/ — The annual food drive of the National Association of Letter Carriers (NALC) collected almost 73 million pounds of food to help restock food banks, pantries and shelters around the country – an impressive result made all the more necessary by the slow-paced economy recovery and recent natural disasters.

This year’s results bring the total to more than 1.3 billion pounds since the national drive began in 1992. END_OF_DOCUMENT_TOKEN_TO_BE_REPLACED

Washington, D.C., April 8, 2014 – The Greeting Card Association GCA and the National Rural Letter Carriers’ Association NRLCA issued the following joint statement in advance of the House Committee On Oversight & Government Reform hearing, calling for meaningful reforms to strengthen the Postal Service, and condemning proposals that would cut essential services, such as six-day delivery:

“The GCA and NRLCA strongly oppose Congress’s constant attempts to eliminate essential services such as six-day delivery” said Rafe Morrissey, GCA Vice President of Postal Affairs. “This action would only serve to place a competitive disadvantage on the Postal Service and do nothing to fix the organization’s financial problems. Additionally, the estimated savings assumed by proponents of these cuts are inflated and unrealistic, as they fail to factor in the costs of continued weekend parcel delivery. The Postal Service is in need of true reform, not shortsighted cuts that would fail to solve current budgetary problems and diminish the agency’s ability to provide universal services relied upon by millions of Americans.

“The NRLCA and its members are proud to stand alongside the Greeting Card Association in support of six day mail delivery,” said Jeanette Dwyer, President of the National Rural Letter Carriers’ Association. “Americans nationwide have come to rely on the ability to send and receive mail on Saturdays, and the success of Sunday parcel delivery shows that there is increasing demand for delivery services. As the Postal Service looks to grow and thrive in the 21st century, scaling back delivery services is a misguided step backward that sends the wrong message to the Postal Service’s customers and partners.”