HARRISBURG – The United States Attorney’s Office for the Middle District of Pennsylvania announced that Christopher Moody, age 34, of York, Pennsylvania, was indicted yesterday by a federal grand jury of assault on federal employees. END_OF_DOCUMENT_TOKEN_TO_BE_REPLACED

A postal worker was robbed at gunpoint Tuesday and packages and his cellphone were taken in San Francisco’s Ingleside neighborhood, police said. END_OF_DOCUMENT_TOKEN_TO_BE_REPLACED 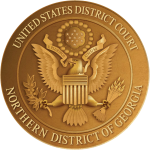 On June 22, 2019, Antonio Williams, a U.S. Postal Service Letter Carrier, was delivering mail in Shreveport. Shortly after 11:00 a.m., Williams was carrying mail to an apartment on Dudley Drive. Inside that apartment was Gentry, armed with a semi-automatic rifle. As Williams approached the apartment, Gentry fired four shots through the front door, striking Williams twice. Mr. Williams was pronounced dead at a nearby hospital shortly thereafter.

Gentry entered his guilty plea to the charge of second degree murder on March 21, 2022 and the United States and Gentry agreed to the stipulated sentence of 40 years in prison.

“This is a difficult day for the family and friends of Antonio Williams,” stated U.S. Attorney Brandon B. Brown. “This family has suffered the tragic loss of a father and husband who cannot be replaced.  Although we know that this sentence will not fill the void that these family members and friends have suffered, we hope that it brings them some comfort knowing that this defendant will serve such a lengthy sentence in federal prison where there is no parole. I would like to thank the U.S. Postal Inspection Service for their efforts in assisting with this investigation, as well as the Shreveport Police Department and federal agents with the ATF. It was because of their quick response and thorough investigation that we were able to bring this defendant to justice.”

“The sentencing of Michael Gentry for the murder of postal employee Antonio Williams brings to an end the investigation of a heinous crime,” said Scott Fix, Inspector in Charge of the Houston Division of the USPIS.  “The safety and well-being of Postal Service employees is a top priority for the Postal Inspection Service, and every act of violence elicits an immediate and firm response.  Postal Inspectors worked tirelessly with our law enforcement partners to seek justice for the victim and his family.”

HOUSTON – A 23-year-old resident of Missouri City is set to appear in court on allegations he used his hoodless Buick to steal postal mail and keys, announced U.S. Attorney Jennifer B. Lowery. END_OF_DOCUMENT_TOKEN_TO_BE_REPLACED

Miami, Florida – A 43-year-old Pembroke Pines, Florida man who used the United States postal service to solicit, plan, and pay for the murder of his former girlfriend’s new love interest pled guilty today in federal court to a charge of using the mail to commit murder-for-hire, in violation of 18 U.S.C. §1958.

END_OF_DOCUMENT_TOKEN_TO_BE_REPLACED

NEW ORLEANS – U.S. Attorney Duane A. Evans announced today that JAVONTE RICHARD, age 29, of New Orleans, was sentenced on July 21, 2022 to (1) year of probation for Theft of Mail by a Postal Service employee, in violation of Title 18, United States Code, Section 1709. END_OF_DOCUMENT_TOKEN_TO_BE_REPLACED

SACRAMENTO, Calif. — A federal grand jury returned a seven-count indictment Thursday against Roderick Rigmaiden, 37, and his wife Onjale Nettles, 32, both of Sacramento, charging them with mail fraud and aggravated identity theft, U.S. Attorney Phillip A. Talbert announced. Rigmaiden is also charged with possession of stolen mail and possession of mail keys or locks. END_OF_DOCUMENT_TOKEN_TO_BE_REPLACED