United Parcel Service Inc. and FedEx Corp. are straining to keep up with holiday shipping volumes that have blown past expectations, delaying the delivery of some of the millions of online orders shoppers have placed since Thanksgiving.

UPS has relocated hundreds of staff from its headquarters and other corporate offices to help at shipping hubs struggling to handle record demand, according to people familiar with the situation. Already in advance of the busy holiday season, both UPS and FedEx had extended delivery windows on some routes, suspended delivery guarantees and refunds for certain weeks and stopped promising to deliver express packages by a certain time in some cases. END_OF_DOCUMENT_TOKEN_TO_BE_REPLACED

RIVERSIDE (CBSLA.com) — Tis the season for porch pirates. One victim of the growing problem of package theft in Riverside purposely put an item outside his door that isn’t in high demand.

“At first I really felt violated even though I knew what was inside the package, I was still like, he stole from me!” Mike Zaremba said.

Inside it, there was not one thing of value, just a bunch of  number 2’s. END_OF_DOCUMENT_TOKEN_TO_BE_REPLACED

WASHINGTON — Americans are expected to make Cyber Monday 2016 the largest ever and the U.S. Postal Service, the largest e-commerce deliverer, is ready.

The Postal Service will handle approximately 750 million packages this holiday season, an increase of more than 12 percent over last year. This is double the volume of packages handled just four years ago.

DENVER – The United States Postal Service is preparing for the future by testing new machinery and mailboxes during the holiday rush. Medium-sized packages are a big part of USPS business, mostly because of the growing popularity of online shopping. The postal service expects to deliver 600 million parcels this holiday season alone.

SCRANTON — It is crunch time for the United States Postal Service and in many cities across Pennsylvania, carriers are now delivering packages seven days a week including Sunday.

It’s the time of year that almost everyone is happy to see the mailman especially when he shows up on a Sunday.

Postal Worker Jolen Brennan said, “I like that is is a change of pace, I like that people are excited to see you because they are not used to seeing you on Sunday.”

On Sunday, Brennan is one of a dozen carriers working in Scranton, delivering a total of 750 packages. Newswatch 16 joined him as he made his way through neighborhoods on the south side 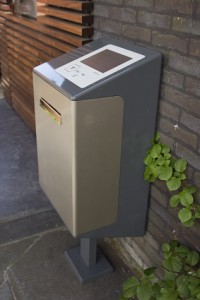 Parcelhome.com, an Irish high-tech start-up, has developed a connected letterbox that is bound to change home delivery dramatically. The parcelhome.com unit, easily installed next to your front door or in your front yard, is able to receive 95% of all parcel deliveries. What makes parcelhome.com’s unit different is that it is both secure and easy to integrate for carriers, thus fulfilling the promise of a universally accessible package box. Carriers DHL Parcel, GLS and DPD have seized this opportunity to improve their service to consumers. Their pilot with parcelhome.com is a world first collaboration in the field of smart package boxes shared amongst multiple carriers. END_OF_DOCUMENT_TOKEN_TO_BE_REPLACED 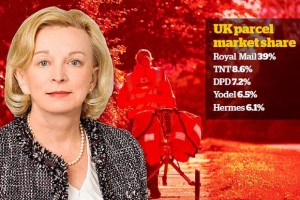 Royal Mail chief executive Moya Greene said her competitors, including DPD, Yodel and Hermes, had all added capacity, despite the collapse of City Link last Christmas and Whistl’s decision earlier this month to pull out of doorstep deliveries in three UK cities.

Royal Mail, which pitched its privatisation in October 2013 on the expected growth in the parcels market, said that Amazon’s decision to launch its own courier network was taking away much of the market growth that the former state-owned postal operator had anticipated.

With all those designer shoes, cutting-edge electronics, and trendy toys shipping into our homes via ecommerce, it’s only logical that sometimes the shoes won’t fit, the electronics won’t work, and the kids will have already moved on to the next hot toy.

The bottom line is that some of the stuff we buy needs to be returned. And that’s known as reverse logistics.

As the offspring of the enormous ecommerce business, domestic shipping returns currently generate about $3 billion annually in revenue for the package delivery industry, and could reach $4 billion by fiscal year 2016. Shipping returns’ first cousin, package forwarding, is also booming as customers increasingly expect more control over when and where their packages will be delivered.

The U.S. Postal Service is active in the returns and forwarding markets, and offers a variety of products and services, such as Parcel Returns Service, Bulk Parcel Return Service, and two Premium Forwarding Services – one for homes and one for businesses. Recently, the Postal Service has been promoting its built-in advantage over other providers – its 6-day-a-week delivery and its free package pick-up service.

But can it do more to get its chunk of the reverse logistics market? We think so. Our recent white paper on the topic found several services the Postal Service could offer to take advantage of its strengths.

As postage stamps give way to keyboard clicks, SingPost is redefining the role of the letter carrier, by creating a one-stop shop for retailers’ e-commerce needs in Asia.

In South Korea, SingPost is helping to sell Levi’s jeans. In Singapore, it is stocking Toshiba laptops. In Malaysia, it is delivering Adidas sneakers.

With traditional mail services in decline, post offices around the world are scrambling to reinvent themselves for the digital age.

“Sitting on that burning platform, we looked around and said, ‘Where could we develop?'” said Wolfgang Baier, the chief executive of SingPost.

Read more: SingPost reinvents itself for the digital age