Disability programs are vital for a nation that supports its citizens. In the United States, federal employees, including postal workers, who suffer employment-related injury or illness are entitled to workers’ compensation under the Federal Employees’ Compensation Act (FECA).

One recent successful case highlights the type of cases our agents investigate:

A postal letter carrier had been receiving workers’ comp benefits since 2001 after claiming total disability from a back injury at work. Investigators, however, discovered he had started a landscaping company shortly after his claimed injury and was routinely working at that company. Agents observed the individual driving a dump truck, operating a riding lawn mower and a tractor, and directing the activities of other individuals at customer properties. Undercover investigators also hired the former carrier to perform landscaping work for them, which they video recorded and presented as evidence to prosecutors and the Department of Labor (DOL). These activities exceeded the former employee’s stated limitations and he failed to inform the DOL of his involvement in this business, both of which resulted in his conviction and the termination of his benefits. 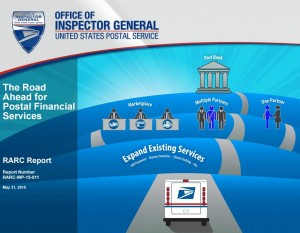 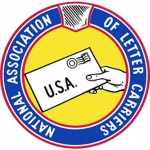 With all those designer shoes, cutting-edge electronics, and trendy toys shipping into our homes via ecommerce, it’s only logical that sometimes the shoes won’t fit, the electronics won’t work, and the kids will have already moved on to the next hot toy.

The bottom line is that some of the stuff we buy needs to be returned. And that’s known as reverse logistics.

As the offspring of the enormous ecommerce business, domestic shipping returns currently generate about $3 billion annually in revenue for the package delivery industry, and could reach $4 billion by fiscal year 2016. Shipping returns’ first cousin, package forwarding, is also booming as customers increasingly expect more control over when and where their packages will be delivered.

The U.S. Postal Service is active in the returns and forwarding markets, and offers a variety of products and services, such as Parcel Returns Service, Bulk Parcel Return Service, and two Premium Forwarding Services – one for homes and one for businesses. Recently, the Postal Service has been promoting its built-in advantage over other providers – its 6-day-a-week delivery and its free package pick-up service.

But can it do more to get its chunk of the reverse logistics market? We think so. Our recent white paper on the topic found several services the Postal Service could offer to take advantage of its strengths. 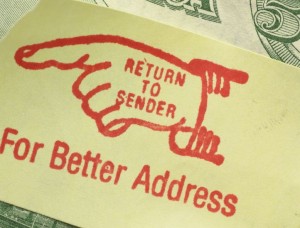 In a new report, the USPS Office of Inspector General says the postal service’s effort to reduce undeliverable as addressed mail (UAA) isn’t effective, and recommends working with mailers to make better use of new technology to solve the problem:

UAA mail is costly, since it must be forwarded, returned, or treated as waste. The Postal Service spent nearly $1.5 billion handling UAA mail in FY 2014, and the mailing industry incurs about $20 billion in UAA costs annually. END_OF_DOCUMENT_TOKEN_TO_BE_REPLACED

According to U.S. Attorney Peter Smith, between July and October, 2014, Stevens, a postal carrier, began opening greeting cards and other mail and stealing the cash and gift cards contained inside. The theft was discovered after residents complained about missing or torn mail. In October 2014, Stevens was caught on surveillance video using one of the stolen gift cards at a local store. Stevens faces one year imprisonment and a fine of up to $100,000.

Stevens has resigned from the Postal Service. The Government has filed a plea agreement with the defendant which is subject to approval of the court. As part of the agreement, Stevens agreed to pay restitution to the victims.

This case is being investigated by the United States Postal Service, Office of Inspector General and the Carroll Valley Borough Police Department and is being prosecuted by Assistant United States Attorney Daryl F. Bloom.

The US Postal Service Office of Inspector General says that USPS management failed to comply with security requirements for contract drivers, with nearly one third of all contractors lacking the required security clearances:

Agents from the USPS Office of Inspector General raided the Hicksville NY Vehicle Maintenance Facility early Friday morning after receiving a tip that night shift workers were sleeping on the job. In October a Hicksville VMF employee died in a workplace accident.

A Hicksville postal facility was raided early Friday by U.S. Postal Service special agents in a probe that could lead to criminal charges against some employees, authorities said.

In a meeting with employees Friday, the facility’s manager said all 10 workers on the 11 p.m.-to-7 a.m. shift — who do mechanical and body work — are to be fired for sleeping on the job, according to a worker who attended the meeting.

At the 24-hour maintenance facility on Ludy Street, the misconduct was common knowledge, with graveyard-shift workers often sleeping on bedrolls and blankets in postal trucks or in supervisors’ offices, with windows covered by cardboard, the employee said.

The employee said those workers locked the gates with their own chains and locks so others wouldn’t catch them sleeping.

They’d position a truck near the gates and hang a baby monitor to watch and hear anyone coming, the worker said.At the meeting Friday, facility manager Robert Kasten told employees that surveillance cameras have been installed, the employee said. Kasten told the workers that investigators took pictures during the raid, then "woke them all up," the employee said. "How sad is that?"

From a new audit by the USPS Office of Inspector General:

Since 2005, the U.S. Postal Service has been providing Highway Contract Route (HCR) suppliers with Voyager fleet transaction cards from U.S. Bank Voyager Fleet Systems, Inc. to purchase fuel (known as the HCR Voyager Card Program). In fuel year July 1, 2012–June 30, 2013, the Postal Service paid over $665 million for close to 170 million gallons of fuel under the program.

What The OIG Found

The Postal Service has not effectively implemented and managed fuel pooling for HCR suppliers under the HCR Voyager Card Program. It intentionally allowed all HCR suppliers with multiple HCRs to pool their authorized fuel gallons (called aggregate pooling) without regard for supplier operational needs (such as the use of the same equipment on multiple routes) or cost benefits for the Postal Service. This widespread pooling occurred because the policy was relaxed over time and is now inadequate. Also, aggregate pooling became common practice because agreements that would not have allowed it were either missing or lacked consistency.

Consequently, the Postal Service may be paying more in fuel costs than necessary. We estimate the risk of unrecoverable fuel overpayments at $42.5 million annually. Without corrective actions, financial assets of about $42.5 million are also at risk for the July 1, 2014–June 30, 2015, fuel year.

What The OIG Recommended

We recommended management ensure that pooling agreements clearly demonstrate an operational need and that pooling is consistently applied. We also recommended that management eliminate the practice of aggregate pooling. Finally, management should ensure timely identification and recovery of overpayments for the July 1, 2014– June 30, 2015, fuel year and any subsequent periods. 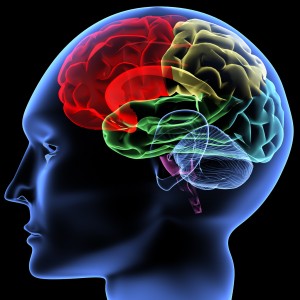 You might think that the US Postal Service’s Office of Inspector General has enough on its plate, what with investigating employee crimes, auditing financial statements, etc., but it seems the OIG wants to branch out into “neuroscience research to understand the human response to and effectiveness of physical communications”.

Develop a neurophysiological study that illustrates the different human response to hard copy and digital advertising. Proposed methods may include, but are not limited to, traditional self-report, implicit testing, eye tracking, facial coding, core biometrics, EEG, and fMRI, or some combination thereof. The USPS OIG prefers a methodology that is rigorous and cost effective, but is open to discussion on the selection of methods.

… found that physical media left a “deeper footprint” in the brain than digital messages, even after controlling for the increase in sensory processing for tangible items. The study results seem to reveal that all other effects being equal, direct mail-based materials are more concrete and “real” for the brain, internalized more, facilitate emotional processing, and result in more fluent decision-making.

The OIG figures the USPS could

use this information in its ongoing efforts to assist its customers, including SMEs, through its “concierge services” pilot program and other outreach activities such as webinars and communication collateral to help create effective marketing strategies.

I’m sure they could! (Who knew the USPS had concierges?)